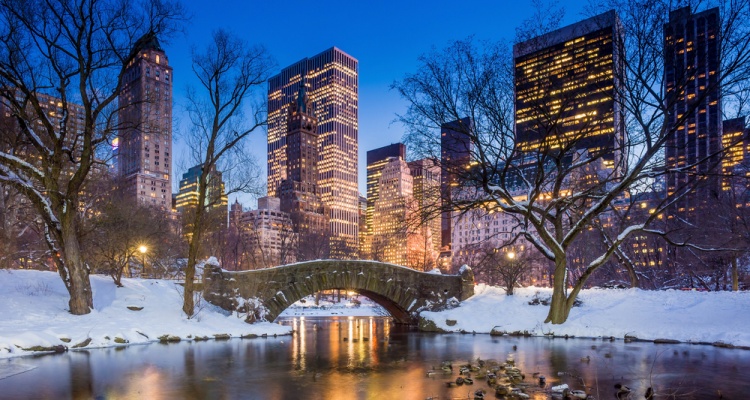 Winter in New York City is cold, snow is seen very often, and rainy days are quite frequent. However, with the right clothes, none of these points have to be an impediment to enjoying the best city in the world.

The truth is that nothing stops the Big Apple since it is a city very well prepared for winter and inclement weather, and there are countless activities to do in winter and a detail that is not minor is that if we talk about the months January and February is also the cheapest season to visit the city: air tickets, hotels, restaurants and a large number of attractions have super beneficial rates that undoubtedly make this destination doubly special.

Although there are many activities in New York City, here are the favorites to do in the winter season:

The season usually begins in October and lasts until March of the following year. Being able to ice skate in the city of skyscrapers is one of the most special attractions. Although there are several sites, the 3 most emblematic are: The track in Bryant Park, in Rockefeller Center or in Wollman Rink in Central Park.

The Metropolitan Museum of Art is one of the largest museums in the world. It receives five million visitors each year and its collection include more than two million pieces from the 5 continents.

It is located at 1000 5th Avenue, with 82nd Street and the recommendation in winter season is to visit it on Friday and Saturday nights (open until 9 pm), since very few people attend at this time.

New Yorkers love this tradition and there is nothing better than a cup of hot chocolate when it is cold and recover energy to continue walking through Madison Square Park. “City Bakery” is the place to go for one of these delights in Manhattan.

Located on West 18th Street (between 5th and 6th Avenues) it also offers the famous chocolate marshmallows, a must without a doubt.

Jazz is excellently represented in New York City. The reality is that you can attend a concert every night in several different places. One of the favorites is the legendary Village Vanguard.

Located at 178 7th Ave. South, it is recommended to buy tickets online, and go at least 30 minutes before the start of the show since it is a small place and there are usually a lot of people.

The NBA game season runs from October to April, making it a great opportunity to see the best teams in the world at Madison Square Garden. It is a show that at least once in a lifetime, you have to see.

In any season of the year, it is a beauty, but in winter it has a special, magical and fairytale charm. Covered in snow, it is recommended to bring something warm to drink and walk through the great lung of Manhattan

At the end of January, the American football championship is decided with the Super Bowl, which is one of the biggest sporting events in the world and is watched by 800 million people. If you visit New York City at the beginning of February, it is an unmissable activity that is worth experiencing. Parties are organized and many people gather in the bars cheering on their favorite team.

The sales in New York are characteristic on these dates where discounts are usually applied to winter season clothing since it will be replaced by the new seasonal clothing.

During a week in January, Broadway week is celebrated where you can get 2 for 1 ticket. It is an ideal excuse to live one of the experiences that whatever time of year you visit New York, it is one of the essential plans.

Broadway is the mecca of New York theater and there are numerous options, although the most emblematic are: The Lion King, Aladdin, Chicago, The Phantom of the Opera, Moulin Rouge among many more.

The Museum of Modern Art, better known as MoMA, is one of the quintessential New York museums. Here you will find some of the most famous works of modern art with the likes of Andy Warhol, Picasso, Jackson Pollock, Evard Munch, Monet and many more. Unlike other museums, the entrance fee is not “suggested”, but compulsory. However, admission is free on Fridays from 4:00 p.m. to 8:00 p.m.