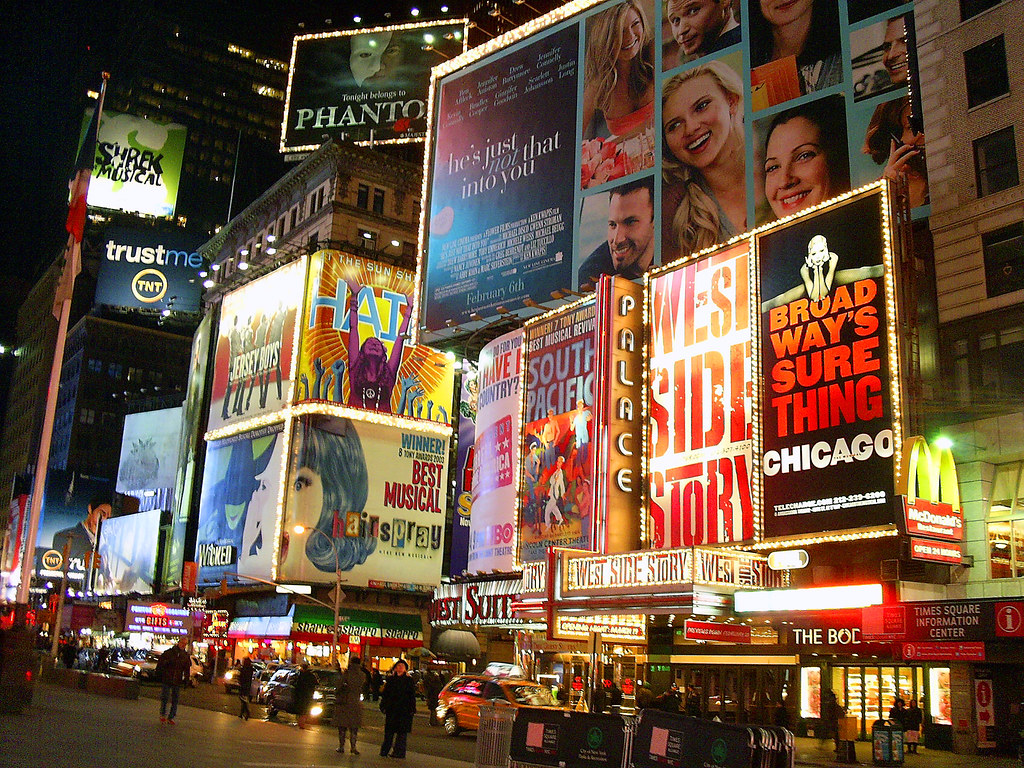 What to do in Times Square

What to do in Times Square

Times Square, is the intersection of streets in the center of the Theater District, in turn is one of the main attractions of New York. It is located on the outskirts of Broadway between West 42nd and West 53rd streets. It is the place in the city where people take the most selfies and is a must-see for tourists. Times Square wasn’t all that special a few years ago, but in the 1990s, thanks to Mayor Giuliani and Disney, the square became the architectural and light show it is today. When you are in this place you will feel that you are in the center of the world for a couple of hours when you step on one of the most emblematic places in New York, seen in millions of films.

In this place you can go shopping or have dinner until after midnight, but you have to keep in mind that it is always full of people. So depending on your tolerance for crowds, Times Square may or may not be heaven.

Times Square is the heart of Manhattan. If the pleasure is to be in the middle of all the action and feel like the protagonists of a movie, staying in this place is a great choice. Among its streets there will be many hotels of very famous chains such as the Holiday Inn Express and the Sheraton. Within the high rates of the hotels in the area, their prices are reasonable, the rooms are impeccable and, what stands out the most is that they are soundproofed, therefore you can rest well. There are other options such as Pod 51 and City Rooms NYC, which are cheaper and will allow you to feel the center of the world for a few days.

On the other hand, there is a good complement to visiting Times Square, which is to attend a Broadway musical.

Among the classic and most famous musicals are Chicago, The Phantom of the Opera, The Lion King, Moulin Rouge, Aladdin, Harry Potter and the Cursed Child, Tine- The Tina Turner Musical, Wicked, Hamilton, among others.

Another attraction of this incredible place are the monumental neon signs and LED screens.

The glow of the giant LED and neon signs can be seen throughout much of Midtown and even from Brooklyn.

It’s really wonderful and one of the most important places in New York without a doubt.

On these streets, even the subway station and the police department have a neon sign, and all the smaller venues have some kind of video screen, an LED billboard, or some kind of flashing light fixture.

In fact, it is a municipal regulation of the area to have lighting of this type.

Another good plan to do in this place is to get there before dark and settle on the red steps to enjoy when everything begins to shine.

One recommendation is to locate the famous red stairs of Times Square.

From there you can take excellent photographs and observe the dynamics of this busy intersection of New York streets.

Many of the tourists are photographed in front of the recruiting center of the North American armed forces located in the heart of Times Square.

This place has become one of the most famous recruiting centers in the country.

What is most striking is the huge neon flag that shines on its side.

There are also many themed restaurants like the Hard Rock Cafe, Bubba Gump and Planet Hollywood.

In addition to the many souvenir shops, Times Square is home to many popular brand flagship stores. There is the M&M’s Store, which sells the famous chocolates in every color you can imagine. The Disney Store, with two floors filled to the brim with Disney stuff (including a giant fairytale castle). Go to Hershey’s Chocolate World for, among other things, the “biggest s’mores” experience. There are also famous clothing brands that do their best to attract attention in Times Square. You can shop at H&M. Or at Gap, which recently moved into the former Toy’s “R” Us location. Across the street you will find a branch of American Eagle Outfitters. All of them are much bigger than any of their other stores. As many of these stores open until close to midnight.

On this street, if you are lucky, you will find the naked cowboy, who is already a celebrity in Times Square.

He is a traveling guitarist named Robert John Burck, who in the year 2000 decided to settle in the place with his striking show.

He always appears in many series, newscasts and hundreds of thousands of photos of tourists who go crazy when he appears.

But this topless thing has become a fashion to earn a few dollars, so if you don’t run into the cowboy, you will surely run into some other character, including Mickey Mouse, Spiderman, Hulk, Elmo, who visit the crowded Times Square to take photos with tourists in exchange for tips.