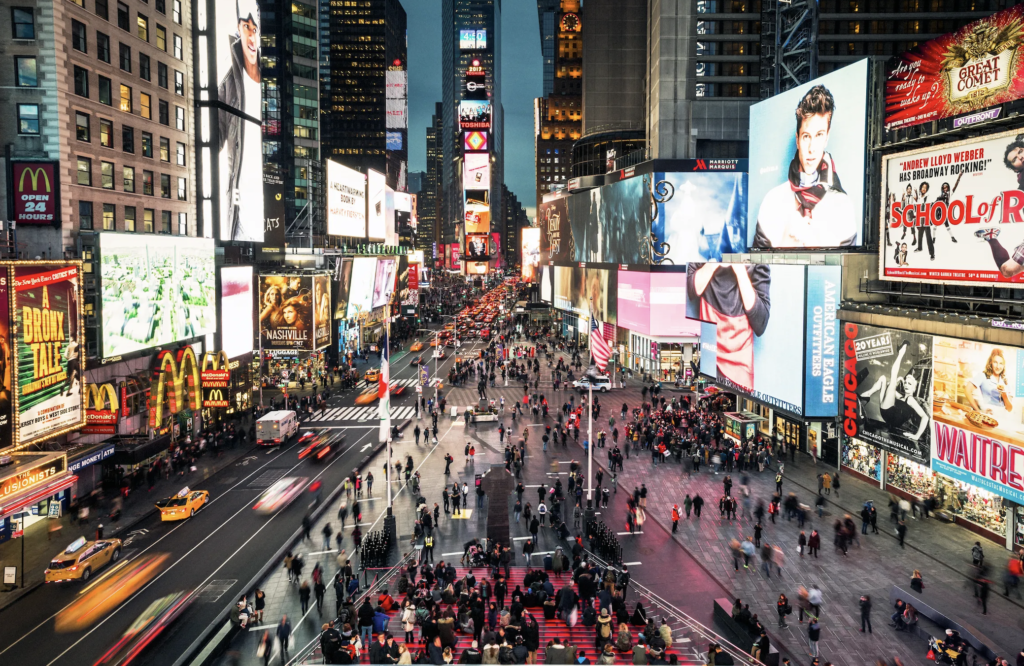 What time do they drop the ball in Times Square

What time do they drop the ball in Times Square

“The city that never sleeps” is already completely ready for its traditional New Year’s celebration. The truth is that the emblematic ball in New York’s Times Square at midnight on December 31 will descend for 1 minute, while the attendees, and Millions of viewers will count down the last 60 seconds of the year to mark the end of 2022 and welcome the new year. Tradition also indicates that at the end of the count you can kiss the person next to you.

With the fall of the ball, another ritual also arises: the giant numbers of the new year are illuminated. In this case, 2023. Also, this year, the numbers will be able to be seen up close so that people can take photos with them in Times Square Plaza, between 46th and 47th streets.

Numbers have been flown on a cross-country trip from Los Angeles, California, stopping at holiday events in Nevada, Tennessee, Washington D.C., and Pennsylvania, before reaching its final destination in The Big Apple.

The New York Times Square ball will be covered by 2,668 glass triangles, weighs more than 5,300 kilograms, and is illuminated by 32,256 LED lights, capable of creating a palette of 16 million colors and billions of drawings that give a kaleidoscopic appearance to the sphere, when illuminated. In addition, it measures 3.6 meters in diameter and whose message this year will be “the gift of love”, represented by the designs of the new pieces that are made up of a circle of intertwined hearts.

The celebration will begin shortly before 6:00 p.m. m. From this moment on, the Times Square New Year’s Eve sphere will rise to the top of the pole at One Times Square (Broadway at 43rd Street) and at exactly 11:59 p.m. m. the ball will make its descent of 60 seconds. It will be New York City Mayor Eric Adams who will press the Waterford Crystal button that signals the crystal ball’s descent and will lead the 60-second countdown to midnight.

One recommendation is to go to the New York Times website (www.nyt.com) and sign up to make a wish for 2023; they print it out and right at midnight, when the ball reaches its destination, your message and thousands of others rain down like confetti from the heights on the crowd.

Due to the large number of attendees that this event summons and to facilitate their arrival, Times Square will be closed to vehicular traffic from the afternoon of December 31. In this way, the place will be divided into different viewing points which will be organized according to the time of arrival of the attendees.

It is recommended to enter from Sixth or Eighth Avenue and keep in mind that the chances of getting an observation point near the ball increase the sooner you arrive at the place. Blocks will be closed as they fill up to the north, street by street, as deemed necessary by police.

Security will be in charge of the New York City Police Department, who will only allow entry to the place once they have passed through different checkpoints. Something to keep in mind is that attendees cannot bring the following items with them: Backpacks, Large bags, Umbrellas, Lawn chairs or other folding chairs, picnic blankets, large coolers, Alcohol.

It is important to note that the annual New Year’s Eve celebration in Times Square is a completely free event open to the public. There are some private parties that take place at many of the restaurants and hotels in Times Square and tickets are required in advance.

The extravaganza in Times Square, which includes fireworks, has been perfected over time. Chelsea Cutler and JVKE will headline the music lineup on the official Times Square NYE webcast. There will also be dance performances by the Sino-American Friendship Association and the dance group ANEW. Plus, live performances by Ava Max, J-Hope, Osmani Garcia, New Edition, Sech and Duran Duran, as well as a variety of activities and guest appearances happening throughout the night.

The countdown began to see the drop of the ball in Times Square, a ritual that has become a hallmark and New York emblem to say goodbye to the year that is ending and welcome the one that is beginning.