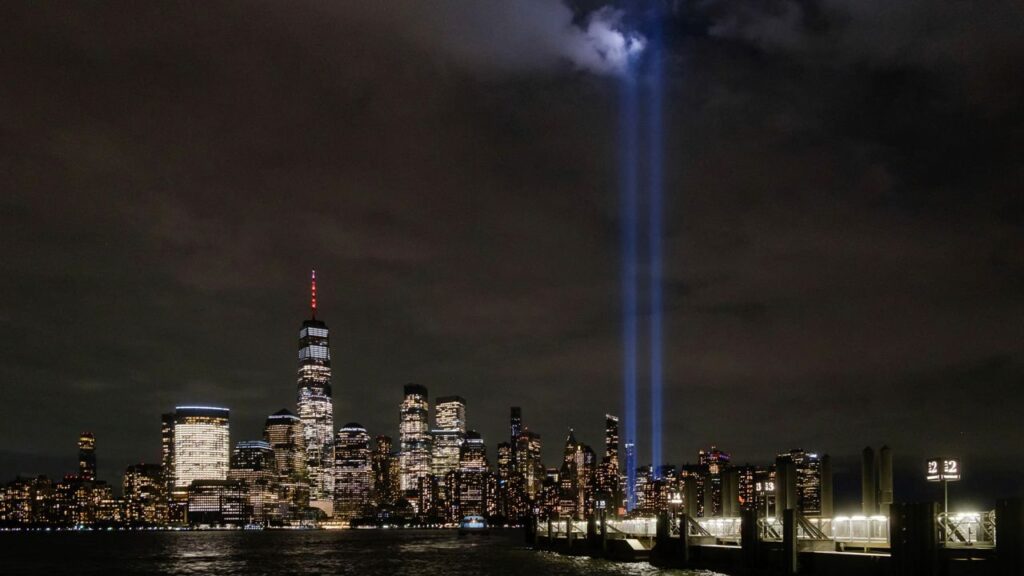 The President of the United States, Joe Biden, participated in a wreath-delivery ceremony for the victims accompanied by the Secretary of Defense, Lloyd Austin, and the Chairman of the Joint Chiefs of Staff of the Armed Forces, General Mark A. Milley in the Pentagon coinciding with the 21st anniversary of the attacks against the Twin Towers in New York and the Pentagon itself, headquarters of the Department of Defense, on September 11, 2001.

“Terrorism attacked us on that bright blue morning. The sky filled with smoke and then the sirens came (…). The history of the United States changed that day, (but) what did not change, what we cannot change What will never change is the character of this nation, which the terrorists thought they could hurt,” Biden said.

The president highlighted this American “character” as “sacrifice, love and generosity, strength and resilience.” “In the days following 9/11 we saw what the United States is made of,” Biden said, recalling in particular the civilians who seized control of Flight 93 from the terrorists, the police and firefighters who worked on the Zero zone.

As for the civilians on Flight 93, Biden stressed that “they were experiencing the first shot of a new war and they chose to fight back and sacrifice themselves to prevent their plane from being used as a weapon.”

Biden has promised to “never ever forget” and has insisted on the need to “do justice to those responsible for the attacks.” “It took ten years to hunt down Usama bin Laden, but we did and this summer and I have authorized an attack on (Ayman) Al Zawahiri, Bin Laden’s right-hand man on 9/11 and current leader of Al Qaeda. We will never forget, we will never meet.” We will surrender and Al Zawahiri will never be able to threaten the American people again,” he said.

Al Zawahiri was killed on July 31 in a US drone strike in Kabul, the capital of Afghanistan. So Biden called this attack “an act of justice.” “We will never hesitate to do whatever it takes to defend the American people,” Biden stressed this Sunday.

The first lady, Jill Biden; the vice president, Kamala Harris; and second gentleman Doug Emhoff have traveled to the other bombing sites, the World Trade Center in New York and the field where Flight 93 crashed in Shanksville, Pennsylvania.

Jill Biden has been in Shanksville, while Harris and Emhoff have been present at the events in New York, where the names of the victims have been read.

During the night of Saturday, the two powerful light cannons that commemorate the two Twin Towers destroyed in the Manhattan attacks have already been turned on.

On the other hand, on Thursday the news of the death of Queen Elizabeth II was released, which paralyzed the world, the front pages of the newspapers and the main notes of the television programs made her the protagonist. Millions of people have mourned the loss that meant the end of a 70-year reign, the longest in history.

“The queen has died peacefully at Balmoral this afternoon,” reported Buckingham Palace and thanks to social networks, the message soon reached New York, where after noon residents began to arrive at a special site that since It has long served as a tribute to his legacy. It is the Garden of Queen Elizabeth II, which changed its name to remember her since 2012.

The garden is located at 11 Hanover Square, in the Financial District of New York, and commemorates the victims of the suicide terrorist attacks of September 11, 2001, the date on which nearly 3,000 people died and more than 25,000 were injured. Queen Elizabeth II visited the place in July 2010, on an official visit to the United States to participate in the United Nations General Assembly.

Accompanied by the Duke of Edinburgh and US officials, she made an appearance at the so-called ground zero to pay tribute to the deceased and participated in the inauguration of the garden. In a ceremony presided over by Michael Bloomberg, then mayor of New York, Queen Elizabeth met with the families of the British victims of the attacks. Two years later it was named in honor of her: “Queen Elizabeth II 11th Garden” and they added a plaque in recognition, which in recent hours has been surrounded with bouquets of flowers.

Last year, on the 20th anniversary of the 9/11 attacks, Queen Elizabeth sent a message to the President of the United States, Joe Biden, and recalled that visit he made in 2010: “My visit to the World Trade Center in 2010 was in my memory. It reminds me that while we honor those from many nations, religions and backgrounds who lost their lives, we also pay tribute to the resilience and determination of the communities that came together to rebuild.”

Following her death, the garden’s administrators expressed their condolences via Twitter: “The Board of Directors of the Queen Elizabeth II 9/11 Garden thanks Her Majesty The Queen for her years of dedicated service to the country and the Commonwealth. We are all very proud to have been his subjects during his long and glorious reign.”

This Thursday, the garden was visited by New Yorkers to remember her legacy, leave flowers and honor her as a representative of the UK monarchy.

Upon hearing the news, the White House issued a statement in which Joe Biden highlighted his role in history: “Her Majesty Queen Elizabeth II was more than a monarch. She defined an era.” In addition, he recognized it as an important link in the alliance between the United Kingdom and the United States.