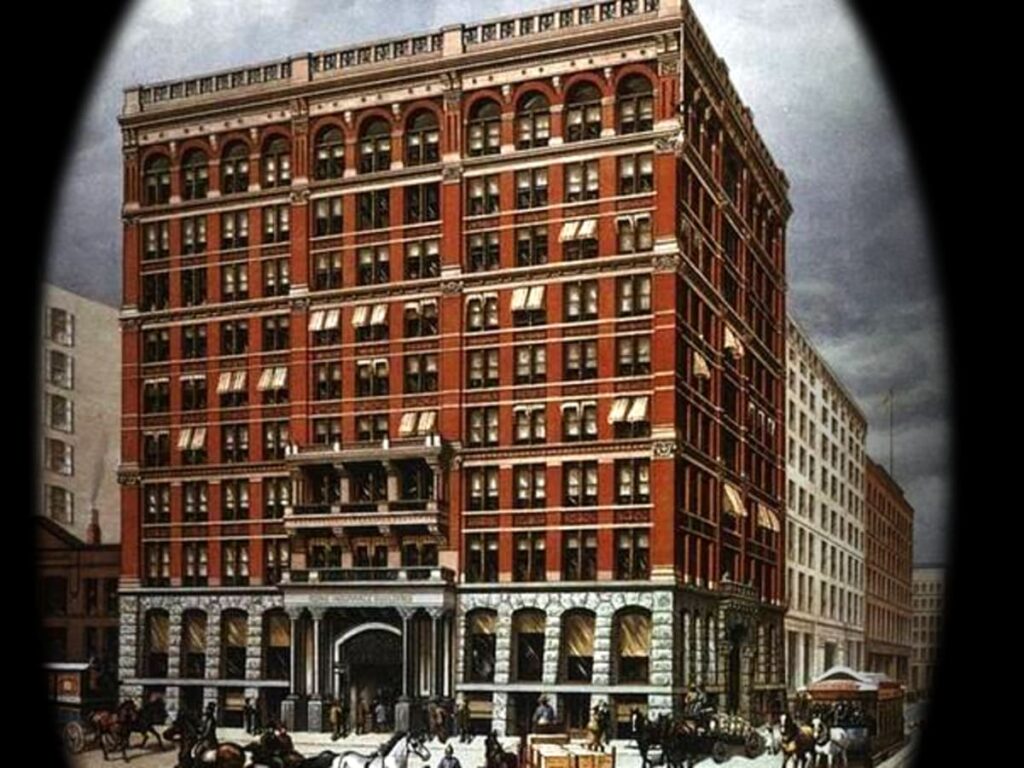 A skyscraper is a particularly tall building and is continuously habitable.

The height of skyscrapers is a relative term, comparative with the context. The first building considered as such had no more than 5 floors… and now it has reached almost 500 m in height. There is no international measure, although there is a definition given by the Council on Tall Building and Urban Habitat (CTBUH) based in Pennsylvania that says that a skyscraper ‘is a building in which the vertical has a superlative consideration over any other of its parameters and the context in which it is implanted’.

There is also a fairly popular height-based criterion, with the lower limit being around 500 feet (152.5 meters) high. Above 1,000 feet (about 305 m) a building is usually considered a super-tall skyscraper.

The reason for its construction is the maximum economic use of the land. Therefore, there are multiple skyscrapers grouped in the commercial or residential areas of large cities, where the value of the land is high. However, in the case of large skyscrapers, the economic motivation is usually non-existent, since excess height leads to even greater expenses. In these cases, the motivation is purely advertising, since these large buildings, especially if they achieve the label of “tallest building”, acquire relevance and notoriety, and provide their owners with an image of power and economic prosperity.

These groupings of skyscrapers usually draw a characteristic skyline of many cities, such as New York, Chicago, Shanghai, and Hong Kong, and soon Dubai and Tokyo.

Created in the United States (Chicago) and perfected in New York, the skyscraper was a structural creation that revolutionized the urban landscape of the last hundred years and is today an unequivocal symbol of modernity throughout the world. The elements that allowed the construction of skyscrapers were steel, reinforced concrete, glass, the hydraulic pump and elevators. Before the 19th century, buildings with more than six floors were rare, as their excessive height made them impractical. Furthermore, the materials and techniques required to build a skyscraper are markedly different from those used in normal buildings.

The first skyscrapers appeared at the end of the 19th century in cities with high population rates such as New York, London or Chicago. However, builders in London and Chicago were faced with regulations limiting their height, and in continental Europe there were questions about their fire safety or aesthetics, so that in the early years of the 20th century New York was the city leader in this type of construction.

The first building that could be considered a skyscraper is the Home Insurance Building, designed by the American William Le Baron Jenney. It was built between 1884 and 1885 and consisted of ten floors. However, today its height is not impressive and, in fact, if it were built today it would not be considered a skyscraper. Another possible candidate for the first skyscraper would be the 20-story World Building, built in New York in 1890. However, by modern standards, the first true skyscraper would be the 30-story Park Row Building in New York, built in 1899. .

The first thing when arriving in the city is to go up to the skyscrapers of New York, accessing the Summit One Vanderbilt viewpoint: the best place to contemplate the Manhattan skyline from 305 meters high. And if nights are your thing, we also have an ideal option: a tour of the strategic points to get the best views of the illuminated city and visit the areas with the most atmosphere. What does it matter if there is more or less light but what you want is to go very, very high? Be careful: you can hire a helicopter ride to make the most enviable tour of the city. More and more architecture studios are ambitious with real estate in space. Now, a new project from a New York studio has designed a futuristic proposal that, without a doubt, is among the most ambitious on the planet. It is a floating skyscraper. Not only would it be listed as “the largest in the world” but it would also be the first building structure almost 50,000 kilometers above the Earth.

The work designed by Clouds AO has been called “Analemma Tower”. How would it work? It would be connected to the asteroid in orbit through the use of high-resistance cables through a Universal Orbital Support System (UOSS), which would in turn be the entire support of the structure.

According to the firm’s website, the tower would be divided into sections; in the lowest and closest to the ground, there would be commercial offices, a gardening and agriculture sector; in the middle part the restaurants and shopping centers would be arranged, and in the upper part of the tower, the residential areas and areas destined for the activities of various religions would be arranged. A kind of “mini city” suspended.

While intended as a utopian experiment, Clouds AO has some experience in this field, as winners of a NASA-backed competition to design a base on Mars with their idea of ​​a building made of ice.