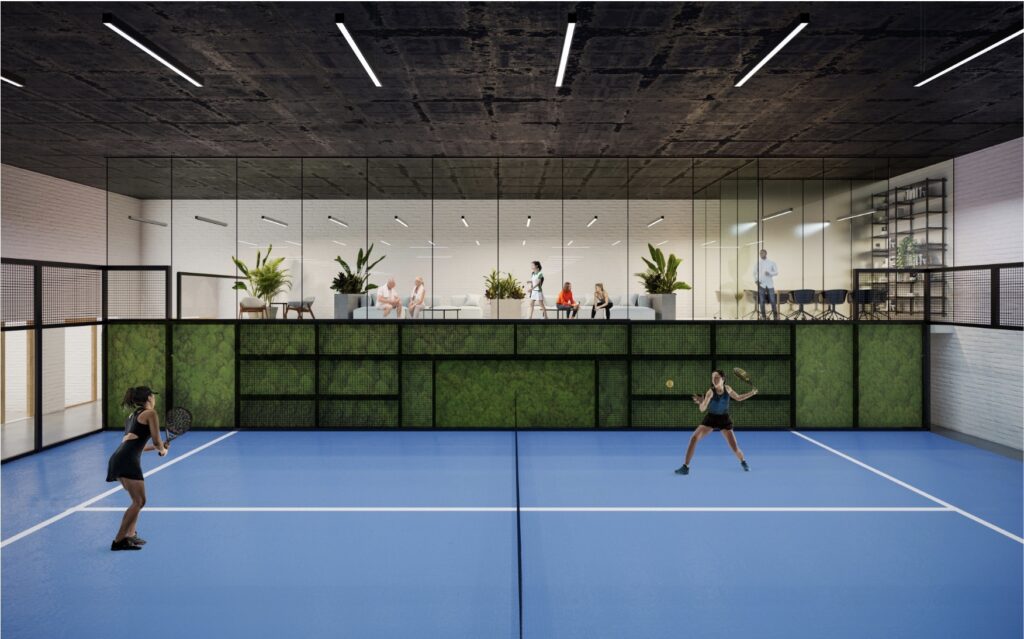 Padel has conquered countries since it was born in Mexico in 1969.

It is always played in pairs and consists of three fundamental elements for its development: the ball, the shovel and the playing field or track. It consists of bouncing the ball in the opposite field, with the possibility of bouncing off the walls.

It is the fastest growing sport in the world and it is Mexican. In Spain, its boom occurred in 2018 thanks to the vision of entrepreneurs and businessmen from Monterrey who, with their drive, put the word paddle in all the after-meals in the north of the country.

An important goal has just been scored in the United States with the opening of the first club of this sport in New York, which its promoters and fans consider a milestone.

Padel Haus is the new business venture of the Mexican Santiago Gómez, who left his job on Wall Street a decade ago to dedicate himself to the world of restaurants in New York and now hopes to “open doors” in the emerging padel market in the US .

Gómez, co-founder of the Cosme restaurant, explains that after his arrival in the Big Apple he left this sport “because there was nowhere to play”, a widely heard complaint among Latin Americans and Spaniards, but the circumstances of the pandemic gave him a boost.

Since it arrived in the US almost 30 years ago, paddle tennis has spread especially in Texas and Florida, but the United States Padel Association (USPA), a regulatory entity in the US, highlights its recent implementation in points of California and Nevada and their “rapid growth” in the Northeast.

The president of the USPA, Marcos del Pilar, details that there are currently some 180 paddle tennis courts -public and private- and he is aware of almost twenty projects that will open in the coming months, so he hopes that the number of courts will increase double during 2022.

“The USPA has about 1,500 members and we estimate a population of players about four times higher,” reveals Del Pilar, who summarizes the “potential” of the US in optimistic figures: he hopes that by 2030 there will be 30,000 tracks and 10 million players.

But he points out that the business model is different in the northern half, where cold climates make it necessary to have indoor courts, with notable requirements and higher operating costs, in which Gómez agrees.

Padel Haus has been installed in an old warehouse in Williamsburg (Brooklyn), a neighborhood populated by young and creative people.

The warehouses are being converted to residential use, which leaves a reduced availability in which logistics companies such as Amazon compete, and to which practical demands such as height or the absence of columns are added, he maintains.

Despite this, the businessman plans to open two other locations in New York, one at the end of this year and another in mid-2023, and is looking at spaces to expand to Philadelphia, Washington and Boston.

“In addition to us, there are other (paddle tennis) groups looking in the northeast and I am sure that in about two years the northern states are going to equal or surpass those in the south” in terms of clubs and courts, says Gómez, who he prefers to consider his competitors as “allies”.

Given the growth of paddle tennis in the US, the USPA highlighted the investment interest of retail brands and venture capital companies, and anticipated that there will soon be “good news regarding a professional paddle tennis league.”

“The restaurants closed, I returned to Mexico to live for eight months and played paddle tennis every day. I thought that restaurants are a fairly fragile business, I wanted to diversify a bit and I came up with the idea of ​​bringing the first paddle tennis club to New York,” he recalls.

Padel Haus offers a gym-like subscription to play on its four indoor courts, a merchandise store that includes rackets and balls – players previously had to buy them online – and an organic juice bar.

In addition, it will soon incorporate an academy that it wants to turn into a national reference: “The objective is for people to learn to play, from children to the elderly. It is what will give life to padel later on,” he details.

“The important thing is that Americans know the sport, are encouraged to try it and what happens to everyone happens to them: that they fall in love with the game immediately,” added Gómez.

The courts fill up quickly in the afternoon and, between serves, the conversations predominantly in Spanish of the fans are heard, applauding the arrival of the club in the city and highlighting the close nature of the sport.

Eduardo Diverio, a Brazilian based in New York and a paddle tennis enthusiast, says that he signed up right away because he had been driving two hours to go to a club in Philadelphia (Pennsylvania), until now the only one in the northeast of the USA.

“I like it because you meet people, you can talk while you play… There are many Latinos and Spaniards, but in the last two years many Americans have come from tennis,” says this fan.