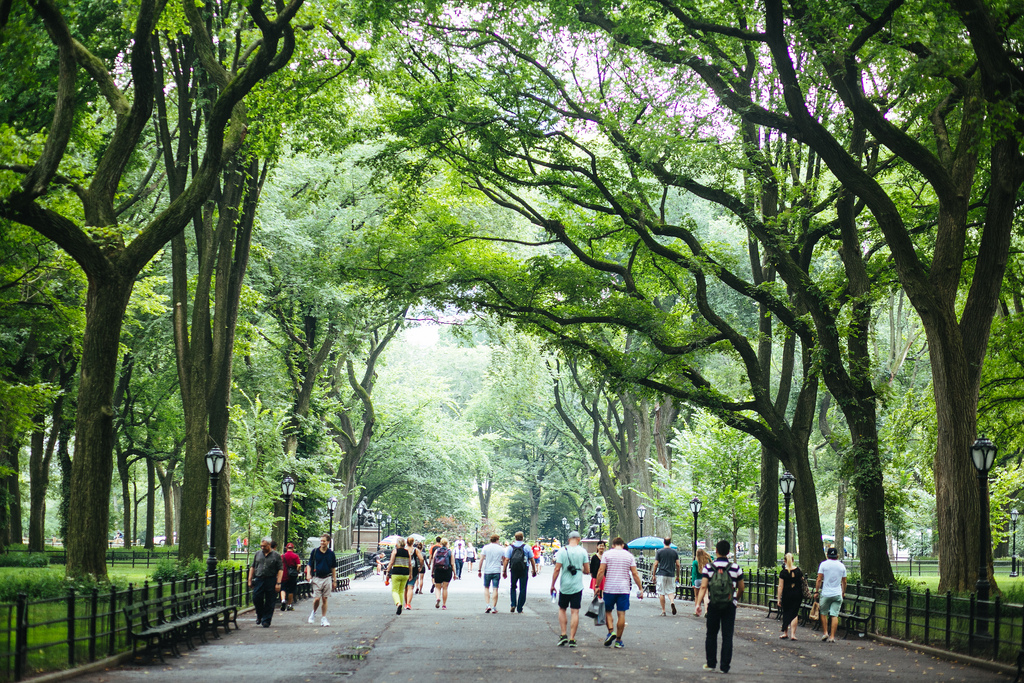 The city offers an infinite and varied number of proposals and events throughout the year, different winter activities, many open-air events and festivals in spring and summer, and of course the traditional celebrations such as Halloween, the unforgettable Christmas season with the lighting of the Rockefeller Center tree, the Thanksgiving Parade, the emotional and important tributes of September 11, the spectacular launch of fireworks during the 4th of July or the wonderful end of the year celebration in Times Square.

The Japanese Honor Parade seeks to increase the visibility of the Japanese and Japanese-American community in the New York metropolitan area. With about 56,000 people, the New York area has the fourth-largest ethnic Japanese population in the United States, behind Honolulu, Los Angeles and San Francisco, according to a Pew Research Center analysis of Census Bureau data.

There has been a Japan Day festival in Central Park for a few years, but organizers felt they could reach more people by taking it to the streets.

One of the largest and most celebrated gastronomic demonstrations in Manhattan is at the Uptown Night Market in Harlem, which brings together more than 50 vendors representing the best dishes and presentations, packaged products and crafts in the city along with dozens of musicians and performers. local.

The largest and most celebrated food series in Manhattan is right in Harlem, USA. More than 7,000 guests are happy at each event. It’s easy to see why Uptown Night Market, in its debut season, became a staple of New York City, setting the standard. The neighborhood in Spring 2022, the second Thursday of the month.

Japan Day Central Park was founded to build and strengthen appreciation and awareness of cultural understanding between both cultures, local Japanese communities, and New York City. Defending values ​​such as unity, equality and respect for all.

Actor, author, and activist George Takei will play the Grand Marshal. Tak Furumoto, for his part, is looking forward to everything.

Tak Furumoto, representing Japanese-American veterans, speaks at Wednesday’s press conference to promote the parade. Born in a California camp where people of Japanese descent were imprisoned during World War II, Furumoto grew up partly in Hiroshima, where his grandparents had survived the 1945 atomic bombing of the United States, and partly in Los Angeles. Angels. He joined the US Army, fought in Vietnam, and struggled for years with post-traumatic stress disorder and the effects of exposure to the defoliant Agent Orange.

“We have overcome so many difficulties … to bridge the gap between Japan and the United States,” said Furumoto, who now runs a real estate agency. The parade “highlights that we Asian-Americans are a very vital and important part of New York,” they are very appreciative of this recognition.

Japan Day in Central Park was founded to build and strengthen appreciation and awareness of cultural understanding between local Japanese communities and New York City. Unity and equality are always defended and they promise to work tirelessly in search of respect for all.

Japan Day Inc. is a non-profit organization. Your contribution as a Platinum, Gold, Silver, Bronze or Sakura Sponsor will be fully tax deductible to the extent permitted by law. All contributions and donations are non-refundable, even in the event of cancellation or any changes to Japan Day activities or events.

The supporter community is asked to help us organize Japan Day in Central Park to showcase Japan’s traditional and modern culture through wholesome activities, free samples of popular Japanese cuisine, and powerful theatrical performances throughout the day.

All donations are unlimited and Japan Day Inc. uses the donation at its sole discretion for expenses including, but not limited to, event planning and management, administration, and donations to organizations whose activities and goals support the mission of Japan Day Inc.

This wonderful event is public and free and the Opening ceremony is at 12:30 pm.

The route is Central Park West from 81st Street south to 68th Street.