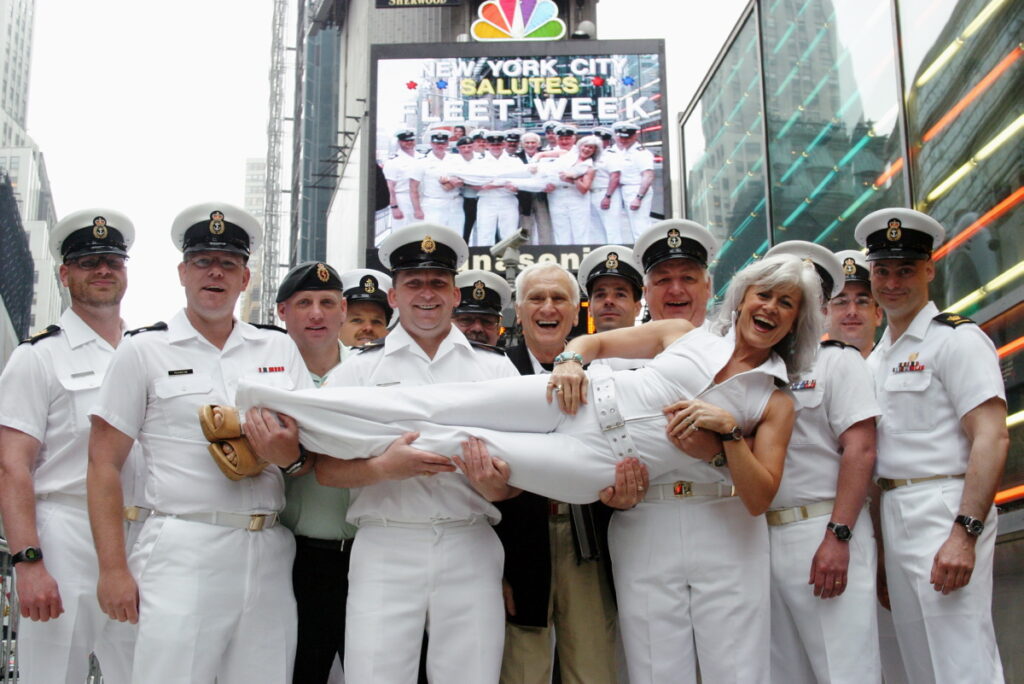 In the case of Memorial Day it always coincides with Fleet Week. It is the day that commemorates all the men and women who served in the armed forces.

Fleet Week is a tradition of the United States Navy, United States Marine Corps, and United States Coast Guard where active military ships recently deployed on overseas operations dock in many major cities for a week . Once the ships dock, the crews can enter the city and visit the attractive places. At certain times, the public can take a guided tour of the ships. Fleet Week is often accompanied by military demonstrations and air shows like those put on by the Blue Angels.

US Navy ships visited New York City in a form of celebration dating back to the aftermath of the Spanish-American War in 1898, when Commodore George Dewey was celebrated as the hero of the Battle of Manila Bay. However, the first official Fleet Week began in New York City in 1982.

During New York City Fleet Week, ships dock at the New York Passenger Ship Terminal on the Hudson River on the west side of the borough of Manhattan and also at Stapleton in the borough of Staten Island.

In 2012, ships arrived in Brooklyn for the first time, docking at the Cruise Terminal.

In 2012, ships arrived in Brooklyn for the first time, docking at the Cruise Terminal.

Fleet Week is a great annual tradition that takes place during a week in May in New York, to promote the United States Armed Forces, Navy and Coast Guard.

The huge vessels dock at the New York Passenger Ship Terminal on the Hudson River and stay for a week. There you can see the boats from various docks and also take a guided tour. During Fleet Week you can greet sailors and soldiers and watch military demonstrations and air shows.

If you are a fan of technological innovations or just want to see a huge military ship up close, then you have to visit one of the ships. It’s good for kids too, and there are plenty of things to do on board. Tickets can also be purchased to enter the Intrepid Sea, Air and Space Museum during Fleet Week.

There is a parade of ships that officially marks the start of Fleet Week, and it enters New York Harbor from the Verrazano-Narrows Bridge. It can be seen from anywhere in New York Harbor or from Battery Park or Hudson River Park.

It is recommended that you get to the ships early, especially if you want to visit one. As there are usually many people, sometimes you can’t get in before closing time. You can’t buy food on any of the ships, but there are plenty of places to choose from on the docks.