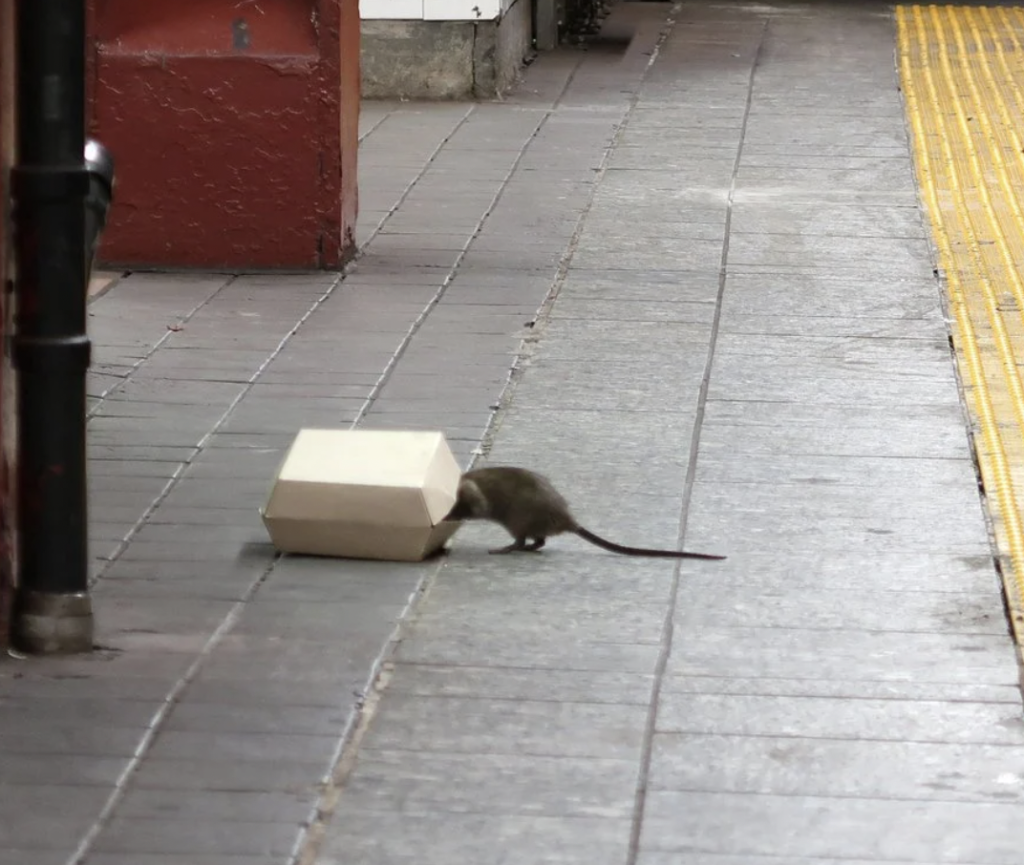 For no New Yorker with enough years under his belt, it is surprising to see a rat that could eat four Remy, the rodent protagonist of Ratatouille. The Pixar film is a common gag among those who upload videos of their encounters with rats in the most unexpected places. One of the favorite videos was uploaded a few years ago by Subway Creatures, an Instagram account that shares crazy images of life in the New York subway. In that clip, a rat appeared trying to climb one of the bars of the carriage. No one knows where he wanted to go. What is clear is that New York rats go anywhere.

Some time ago, the local authorities of NY had implemented a package of measures in order to reduce the number of rodents that roam the big city. However, after decades of little success, they decided to change their strategy and hire someone who is a specialist in the field and who can take charge of the situation.

The pandemic exacerbated the rat crisis in New York. The popularity of the terraces has meant the salvation of small restaurants that added tables on the sidewalks and shoulders to restore a life that was believed to be lost in many streets of the city. But those terraces have also added dirt to New York. It is common to find restaurant booths on whose facades there are piles of garbage bags. The result is a feast for the rats.

The rat problem in New York is no longer just a nuisance or an urban image problem, since it has become a real public health problem. These rodents are carriers of numerous diseases that can be dangerous to humans such as Hantavirus Pulmonary Syndrome (HPS), leptospirosis, lymphocytic choriomeningitis, plague, and typhus.

Among the many typical images of New York, a characteristic element that everyone who was there probably saw, but few dare to mention, are the rats. They make up an urban plague that is already part of daily life in the city. However, the authorities seem determined to put an end to this evil and have set out to find a brave person to spearhead their latest plan. In the formalities of the opportunity, those interested in this offer are required to demonstrate skills such as urban planning, project management or public administration, but above all, they emphasized, they must be “highly motivated and somewhat bloodthirsty.”

The salary range for this job starts at US$120,000 and could reach up to US$170,000 per year if you have what it takes. To apply, you must fill out a form on the official website of the New York Mayor’s Office with your personal data and wait for a response via email.

“If you have the spirit, determination and killer instinct to fight New York’s relentless rat population, then the job of your dreams awaits you,” the city’s mayor, Eric Adams, wrote on his Twitter account. .

Beyond the humorous tinge that the state body gave to the call, it is a job offer with a wide range of requirements. Among them, the local Executive asks potential candidates for a university degree, professional experience of between five and eight years in urban planning and project management or government, three references and knowledge of Microsoft Word, Excel and PowerPoint.

To all these formalities are added the particular aptitudes such as “bravado attitude, sense of humor and a general aura of a tough guy”, which will characterize the management of the future official

This initiative by Adams is part of the local administration’s efforts to deal with the rat problem, which, according to various reports, has worsened since 2020, with the start of the coronavirus pandemic.

In this sense, this week the New York Executive announced the sale of a T-shirt with a cartoon illustration of a rodent fleeing in terror under the slogan “Rats don’t rule the city, we do.”

Jessica Tisch’s press conference provided yet another occasion for City Hall speechwriters to shine. But at least it’s already put in place strategies that differ from other companies that have tried to stamp out rats in New York in the past.