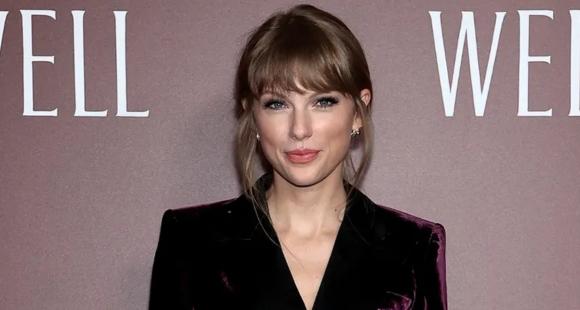 The University of New York decided to award an honorary doctorate for her work as a singer and songwriter to the American pop singer and artist Taylor Swift, during the ceremony on May 18 at Yankee Stadium. The interpreter, 32, will provide the traditional central speech of the graduation ceremony for students who finish their studies this year, according to the Rolling Stone portal.

At the ceremony, which will take place on May 18 at Yankee Stadium in New York, graduates during the years 2020 and 2021 who could not count on that act due to the coronavirus pandemic will also be recognized. Before them, the renowned activist for the rights of people with disabilities Judith Heumann will give her speech, who will also be decorated that day with an honorary doctorate for her fight. The university had previously had a relationship with Taylor’s work, but not directly; but by providing a course on his career and musical work.

On this occasion, they will forge a bond, making an emotional ceremony for all attendees. According to NYU President Andrew Hamilton, “Since 2019, we have been deprived of the communal and festive joy of graduation, and its absence has been deeply felt. Few groups of graduates deserve a celebration more than these classes: their pursuit of studies interrupted and isolated by a daunting pandemic marks them out for their determination, grace and patience.”

Swift’s career, which has 11 Grammy awards and other awards to date, was studied in one of the courses taught by said university. It is not the first time that an American university has set its sights on contemporary pop artists: Beyoncé and Miley Cyrus, for example, have also been studied by the academy.

A few months ago the professor in charge of the course dedicated to Swift at NYU, Brittany Spanos, also a journalist for the prestigious Rolling Stone magazine, said: “It is a great honor to be able to share my experience as a Swiftie with a group of students. I hope to help you rethink how to relate to one of the biggest and sometimes divisive stars in the world.” Through the Clive Davis Institute, the aim is to analyze different artistic aspects of the pop star and of the greatest figures that have a large number of fans all over the world.

The Clive Davis Institute at New York University presented its first course on the artist this year, which began on January 26 and ended on March 9. As it turned out, the singer was invited to participate in one of the classes, although the status of that request is still pending. Chaired by veteran music writer and musician Jason King, the Davis Institute had classes taught by Questlove, “Dilla Time” author Dan Charnas, Q-Tip, legendary producer and engineer Bob Power, and many others.

According to Variety, the course description reads: “This course aims to deconstruct both Taylor Swift’s appeal through detailed readings of her music and public discourse in relation to her own growth as an artist and celebrity.” “Through readings, lectures, and more, the class delves into analyzes of the culture and politics of adolescence in pop music, fandom, media studies, whiteness, and power in relation to their image. We will also consider topics such as copyright and property rights, American nationalism, and the continuing impact of social media on the pop music industry.”

“For me, the class was a no-brainer when Brittany first suggested it. She’s a fan of Taylor, but she also understands how to culturally contextualize her and get students to think more deeply about her and her music through the lens of gender, feminism, race and class.” In recent times, Taylor Swift stood out for cultivating a low profile. She just wants her music to speak for her. Gone are his public disputes with colleagues like Katy Perry and Kim Kardashian. However, after Damon Albarn tried to discredit her work, the artist decided to go out and both were trending on Twitter.

In an interview with the Los Angeles Times, the leader of Blur and Gorillaz stated that the singer does not write her own songs. And in that sense, he stressed that he does not consider it valuable that she is co-author of the lyrics “I know what co-writing is. Co-writing is very different from writing. I’m not throwing hate at anyone, I’m just saying there’s a big difference between a songwriter and a songwriter who co-writes. It doesn’t mean that the result can’t be really good and some of the best singers come out: Ella Fitzgerald never wrote a song in her life. When I sing, I have to close my eyes and just be there. I guess I’m a traditionalist in that sense.” This comment was immediately repudiated by fans of Taylor Swift. Then it was she herself, who decided to make a strong release where she aimed hard at Albarn. “I was a huge fan of yours until I saw this. I write all my songs. Your quote is false and very harmful. You don’t have to like my songs, but it’s very fucked up that you try to discredit my authorship,” he replied via twitter.