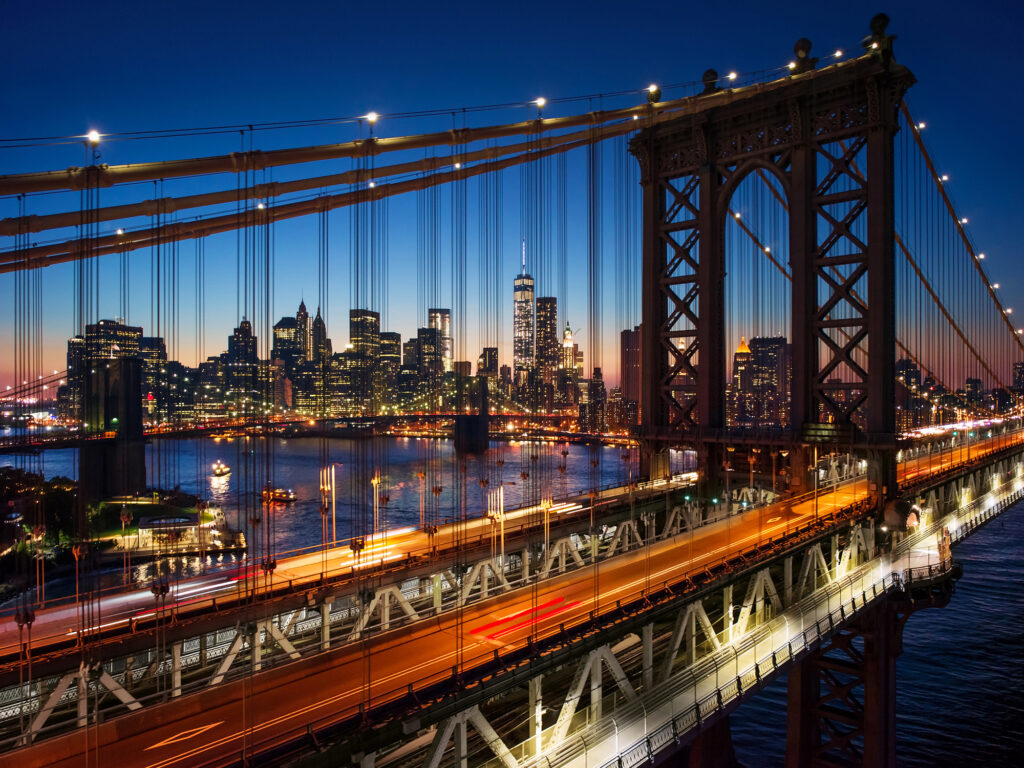 Due to the good weather, autumn becomes the ideal season to visit New York. Its foliage begins to transform its colors into red, yellow, brown, orange and all its shades create a truly wonderful color palette that makes the Big Apple an irresistible destination for tourists from all over the world who enjoy the perfect weather every day to enjoy outdoor activities.

We know that New York is one of America’s great cities famous for its soaring modern and contemporary architecture, as well as unique and architecturally interesting buildings in a variety of styles spanning different historical and cultural periods.

You can stroll down Wall Street and find the Grecian style of Federal Hall or walk 10 more minutes and enjoy the modern and contemporary cut of Ground Zero.

We cannot talk about tourism in New York without thinking about its famous skyscrapers, those that gained popularity on the big screen. However, it is worth knowing that its size is something that is also regulated in this city because the Zoning Laws of 1916 required that buildings have a specific size to allow sunlight to reach the streets that are They were under skyscrapers.

The city is full of emblematic buildings that you can visit and these are some of those that are among the most iconic in New York:

The Empire State Building was built in 1934 (completed in 1972) and is located between 33rd and 34th streets, it is considered one of the most important works of art deco with its 443 meters high and more than 6,500 windows.

It is the tallest building in the city and state of New York and is considered by the Association of American Engineers as one of the 7 world wonders of modern art.

One of its greatest attractions is its observatory, which allows you to contemplate the entire city thanks to its strategic location.

Another of the key skyscrapers of art deco in New York, rises in the eastern part of Manhattan. At 319 meters high and completed in 1930, it is one of the most iconic buildings in the city

In its tower it has cubes that were used in Chrysler cars, as well as gargoyles of eagles in the four corners and a lobby made of steel, granite and marble.

Although it does not have an observatory at its peak, you can visit the lobby during office hours and see the ceiling murals, the work of Edward Trumbull, for free.

It is one of the tallest and most famous skyscrapers in New York, and is characterized by its mixture of Deco and Gothic styles. It is located in the southern part of Manhattan and was designed by Cass Gilbert in 1913. It has 60 floors and a height of 241 meters.

Its architectural structure resembles a Gothic church as it has beautiful decorations in the form of needles and gargoyles. Its ceiling and dome are covered with golden mosaics inspired by the Byzantine era, and inside there are ostentatious marble stairs. The building offers guided tours of various lengths.

An icon of New York City, the World Trade Center, popularly known as the Twin Towers, was one of the most recognizable structures in history. Designed by architect Minoru Yamasaki, it earned the title of the tallest building in the world from 1972 to 1974.

Until their unfortunate demise after they were destroyed in the attacks of September 11, 2001, the towers stood at 417 meters and 415 meters tall, respectively, and both were 110 stories tall. In addition, it had a capacity of 500,000 people and received 80,000 visitors on a typical business day.

Actually, the place occupied by the Twin Towers is called Ground Zero and it became a memorable place, in which several spaces were built through which they seek to pay tribute to the victims of the attack.

The Condé Nast Building, officially known as 4 Times Square, is a modern skyscraper located in Midtown Manhattan. Located on Broadway between 42nd Street and 43rd Street. The building has 48 stories and is 247 meters high, making it the twelfth tallest skyscraper in New York and the 41st tallest in the United States.

Something that makes it very special is that it is one of the most important examples of ecological skyscraper design in the United States. This building features an environmentally friendly gas absorption chiller, combined with high performance insulation and a sun visor curtain wall, ensuring that the building does not require cooling or heating for most of the year. The building has received numerous awards for being the first large-scale project under construction to assume these characteristics.