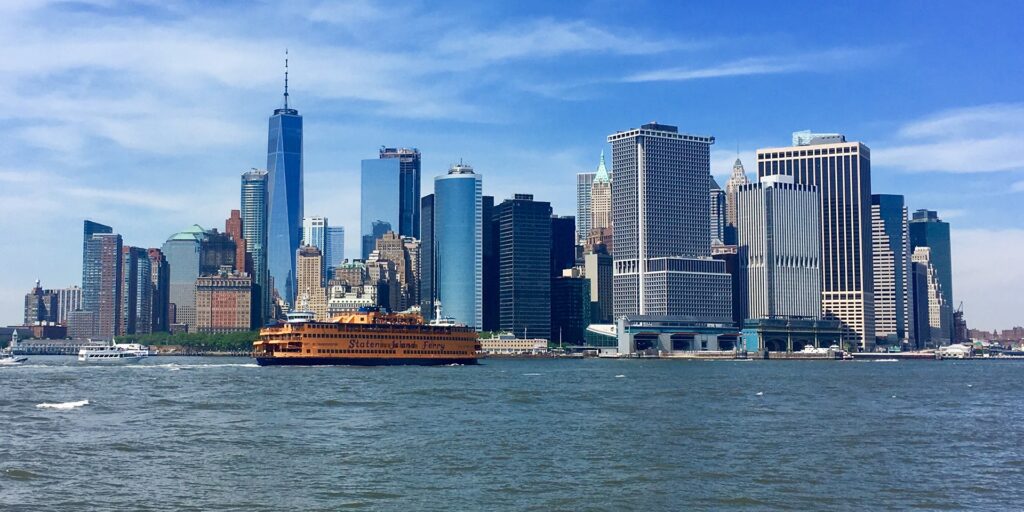 In New York there is a special calendar of deals and discounts so that you can plan your trip and enjoy the annual offers that can reach up to 70% less than the original value. The special dates of the deals are in calendar order, you will see that most of them coincide with US holidays. Between the week of February 12 and 15, it is President’s Day, a very special day, every year everything in winter is finished on this date.

The end of the spring season sale is between May 28 and 31, called Memorial Day. May is a beautiful month in New York, the temperature is very pleasant and the high season is not here yet, so everything is more deal.

The Summer Sale is one of the most anticipated, the first days of July coincide with the Back to School deals and the 4th of July, this happens between the 1st and the 5th of July.

The first days of September the deals of the end of the summer are made, between September 3 and 6 called Labor Day. In autumn there are two major deals seasons, the first of which takes place in mid-autumn around Columbus Day: between October 8 and 11.

It is one of the cheapest times of the year to buy. It is really worth making the trip coincide with this very special date, because in November there is a lot to do and the Christmas atmosphere is already felt in New York.

The After Holiday is between the period December 26 and January 2, deals and sales are made after the end of the year holidays. There are excellent deals there.

In the event that your trip does not coincide with any of the liquidation dates in New York, you can visit Woodbury Common Premium Outlets.

This mall in upstate New York is renowned for its year-round discounts on premium brands and top-of-the-line clothing. The best thing is that during the clearance seasons they make even more discounts! It’s a couple of hours from New York.

It can also be purchased at Macy’s, Bloomingsdale’s, Saks Fifth Avenue. Shopping malls are great places to go for deals in New York.

Apart from clothing you can find discounts on perfumery, electronics, home, sports. And at Saks they wrap perfumes so pretty that it’s embarrassing to unwrap them.

The shopping streets where you can buy deals in New York are in almost every neighborhood, there you will find a multitude of stores.

On 34th Street between 5th and 6th Ave. In this block you will find large chain stores such as Zara, Desigual, Mango, Aeropostale, GEOX, Aldo, Forever 21, Uniqlo, one of the Levi’s stores, Footlocker, Timberland.

SoHo is one of the preferred neighborhoods to buy deals. There are not only big brands, but also small brands and boutiques.

On 5th Ave. from 16th St. is also a good shopping street. You will find stores of the Anthropologie, GAP, Banana Republic, H&M, American Apparel, Sephora, Nike, New Balance, Kate Spade, Club Monaco brands… Best of all, you will get to the Flatiron Building and all the way you will see the Empire State Building. In this sense, it is a delight to travel.

In New York, businesses can make discounts whenever they want. So you can enter stores without fear even if you don’t see the typical “Sales” sign in the window, since sometimes the sales are inside or the signs in the windows are small and discreet.

And the truth is that it is as easy as knowing a bit of shopping vocabulary.

Sales: offers and promotions, usually during the change of season.

Markdown: this word refers to the reduced price that you will find marked on the label of each garment. It is usually put when each garment has a different discount between them.

Here’s how it works:Whether it be a birthday, a marriage proposal, an anniversary or a simple declaration of love, we have got you covered. Don’t be a face in the crowd!
Get your photo or video on our billboard in Times Square!

Our billboard is 31ft x55 ft and it’s located at 1560 Broadway (Broadway and 46th Street just above the Pelé store).
Don’t be a face in the Crowd!
Photo source: https://traveler.marriott.com/new-york-city/5-romantic-free-new-york-city-date-ideas/