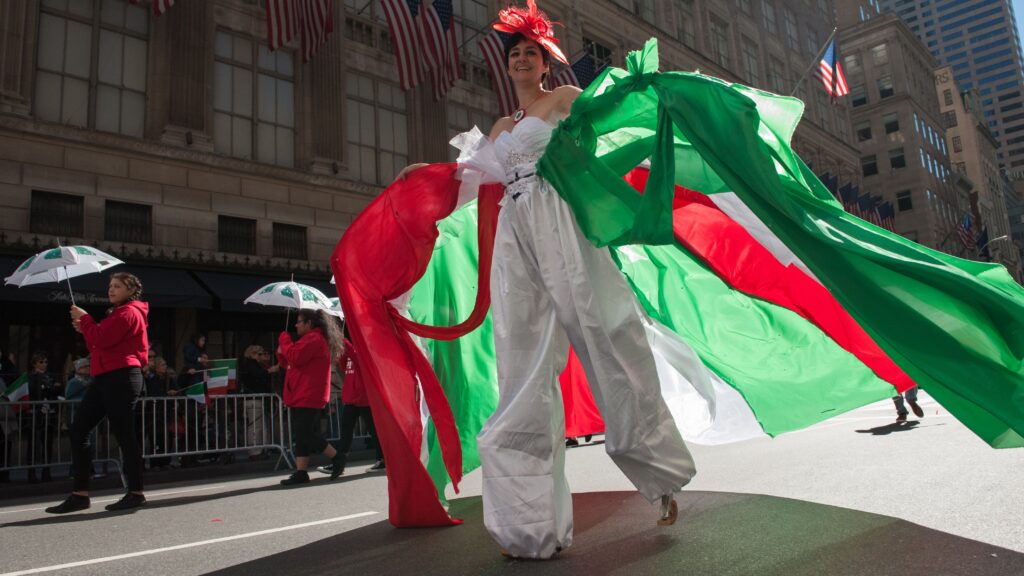 From NYC & Company, the official destination promotion organization and the New York Convention and Tourism Bureau, many attractions are offered to do this fall. One of the highlights is the Hispanic Heritage Month celebration that is available through October 15.

It is known that more than a quarter of the population of New York City is Latino (2.4 million) and this is a great opportunity to celebrate and resignify the innumerable contributions that Latino culture and heritage have brought to the city of New York. York.

Hispanic Heritage Month begins on September 15 and coincides with the commemoration of Independence Day in Central American countries such as Costa Rica, El Salvador, Guatemala, Honduras, Nicaragua, Chile and Mexico.

New York Governor Kathy Hochul announced that “During Hispanic Heritage Month we celebrate the Hispanic communities whose contributions are vital to New York’s economy and culture. This is my promise to our nearly four million Hispanic and Latino New Yorkers: we will always work to encourage and support you. New York United!”

As part of the proposal, a total of 28 events organized by community organizations and cultural institutions are carried out and their objective is to spread diversity, folklore, gastronomy and culture.

Some of the options to enjoy are:

‘To the streets’ Block Party

For those who love dance and want to enjoy an outdoor show in New York, this is an excellent option. The Block party is an event for the whole family and has been organized by the Hispanic Ballet since 2017.

During the celebration, the dance corps performs live music presentations that are very attractive and, above all, representative of the Latin heritage.

In addition, there is also dancing in the streets and it is a great opportunity to take classes for free.

The founder of the Hispanic Ballet was the Venezuelan Tina Ramírez who coincidentally passed away on September 9 at the age of 93. Tina was described as a “visionary” and “innovator”, who came to New York with her family when she was just six years old and in 1070 founded the Hispanic Ballet.

This group is as relevant to the Hispanic culture as it is to the New York culture, which will even have a street in its honor which will be inaugurated on October 2, 2022.

The “Ballet Hispánico Way” will be on West 89th Street in Manhattan, between Amsterdam and Columbus avenues in the Upper West.

Nightlife in New York is very attractive, one way to get to know different options is to take advantage of Hispanic Heritage Month and dance the night away enjoying Latin rhythms.

There are a number of recommended nightclubs, some of them are:

If you are a fan of the Yankees or love baseball, in addition to living the experience of a game at Yankee Stadium you can live a different moment to celebrate Hispanic Heritage Month. Special offers will be offered during some regular season games.

The offer includes a New York Yankees cap with the particularity that it has the flag of the Latin American country that the person chooses, a hot dog and a drink.

The 56th Hispanic Day Parade in New York (56th annual Hispanic Day Parade), will be held on Sunday, October 9, on Fifth Avenue, from 44th to 77th Street. It will tour the heart of Manhattan, passing through iconic places such as Rockefeller Plaza, Central Park and St. Patrick’s Cathedral.

The parade will have the participation of 21 countries, and each one will present its folklore, music and traditions. More than a million Hispanics are expected to attend the event.

This is an experience to enjoy in the neighborhood where the “mambo revolution” began. Take a tour of East Harlem where you explore and learn about the different cultural treasures with 100 years of local Latino history.

It is impossible to think about Latin culture without considering gastronomy. In the 5 districts of New York there are restaurants that will be part of this experience of flavors. Some of them are: Caridad Williamsbridge (The Bronx), Cafe Colonial (The Bronx), Santo Brúklin (Brooklyn), Puerto Viejo (Brooklyn), La Palapa Tacos Gotham (Manhattan), La Pulperia (Manhattan), Sofrito on the Hudson ( Manhattan), Hoja Santa Restaurant (Queens), Guantanamera Restaurant (Manhattan & Queens), Maizal (Staten Island) and Sofia’s Taqueria – Amboy (Staten Island).