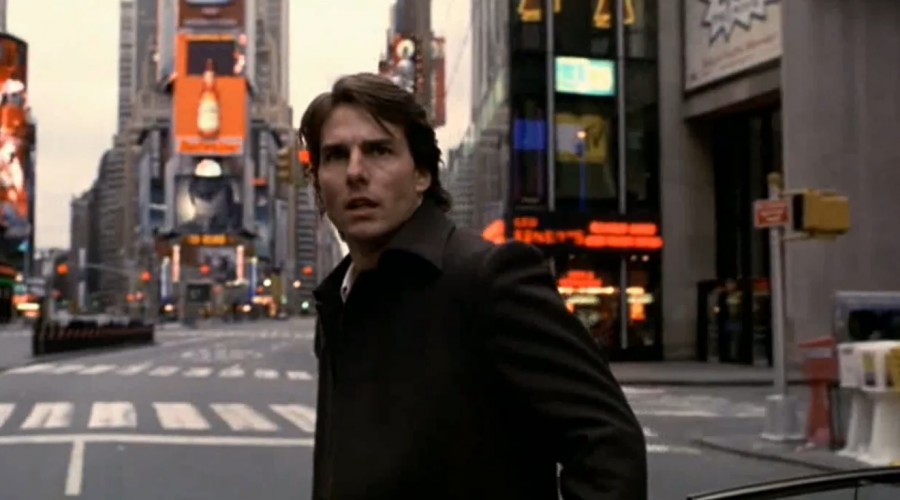 With mesmerizing illumination and its striking LED billboards towering over hectic traffic, Times Square is one of New York’s most dazzling intersections. This place is chosen by many films, such as the scene of the romantic comedy Friends with Benefits (2011) that takes place in Times Square, starring Justin Timberlake and Mila Kunis. This iconic site has also been the setting for action moments from the movie Teenage Mutant Ninja Turtles (2014), the car chase in Fast & Furious 8 (2017), the fight between Spiderman and Electro in The Amazing Spider-Man 2: The Power Electro (2014) and Michael Keaton’s comic escape in undergarments in Birdman (2014). We’ve also seen the city in Lucy (2014), Scarlett Johansson’s character even wields her power over the space-time continuum to show the viewer the evolution of Times Square throughout history.

Audiovisual productions shot in New York City contribute a lot to the New York economy. “The television industry has become an increasingly vibrant and important sector in New York’s economy.

New York is always the most chosen city to be filmed in the history of cinema. Its buildings, monuments, bridges and neighborhoods are stages for the big screen.

It is essential to watch these films for when you travel to this wonderful city, recognize those corners live and direct and you will be amazed.

Sex and the City, the film, is the film adaptation of the HBO series of the same name, which follows the lives of four New York friends a few years after where the series left off.

If you liked the series, you will enjoy this tour of the Sex and the City locations that you can take when you travel to the city.

In the movie The Devil Wears Fashion, satire of the world of fashion, you can see the glamorous profile of New York, along with the protagonists, the splendid Meryl Streep and Anne Hathaway leading the cast will spend a good time in this wonderful city . For this film they were inspired by the editor of Vogue, Anne Wintour, for the character played by Streep.

Another great movie is Autumn in New York, where Richard Gere, playing the role of a millionaire, meets Winona Ryder, a twentysomething art student with a terminal illness.

The best thing about this story is the captivating images of New York City.

In the comedy sequel to Home Alone, Kevin (Macaulay Culkin) takes the wrong plane and ends up in New York.

There the poor little angel decides to spend Christmas in a big way, taking advantage of the fact that he kept his dad’s credit card to indulge himself. These adventures will give us a wonderful tour of New York at Christmas time.

Stories in New York, is a film that deals with a trio of stories directed by the renowned Scorsese, Coppola and Allen, the result is a harmonic ensemble that will make them fall in love with the city of New York.

The huge face of Allen’s mom judges him in front of all the New Yorkers from the sky of Manhattan.

By the way, it is possible to see Woody Allen live and direct playing the clarinet in his jazz band.

Another film is Ghostbusters, a cult film from the 80s.

In this film every second takes place in New York and you have to follow the footsteps of parapsychologists Dr. Peter Venkman, Dr. Raymond Stantz and Dr. Egon Spengler through the city.

Kramer vs Kramer is a drama directed by Robert Benson, which won 5 Oscars, including Best Picture.

A young man, Dustin Hoffman, must take care of his son after his wife, Meryl Streep, leaves them. After the film, the protagonist Streep returns to demand custody of the child.

Its locations are very emblematic, Central Park, the Chrysler Building and the Financial District stand out.

Birdman is a black humor film directed by Alejandro González Iñárritu that won the Oscar for best film. In it we follow the story of a Hollywood actor in decline trying to reinvent himself on Broadway. Many scenes were shot in Times Square, such as Michael Keaton running through the streets in his underpants after being locked out of his dressing room at the St. James Theater on Broadway. Also from the hand of director John Schlesinger, the movie Midnight Cowboy (1969) winner of 3 Oscars, will see how an innocent John Voight tries to survive in New York, helped by Ratso Rizzi -Dustin Hoffman- a sickly but noble homeless man. It is a sad movie that will give you a different perspective of this city that we often idealize. The film takes place in Manhattan, with an iconic scene where Voight and Hoffman walk across the Brooklyn Bridge.