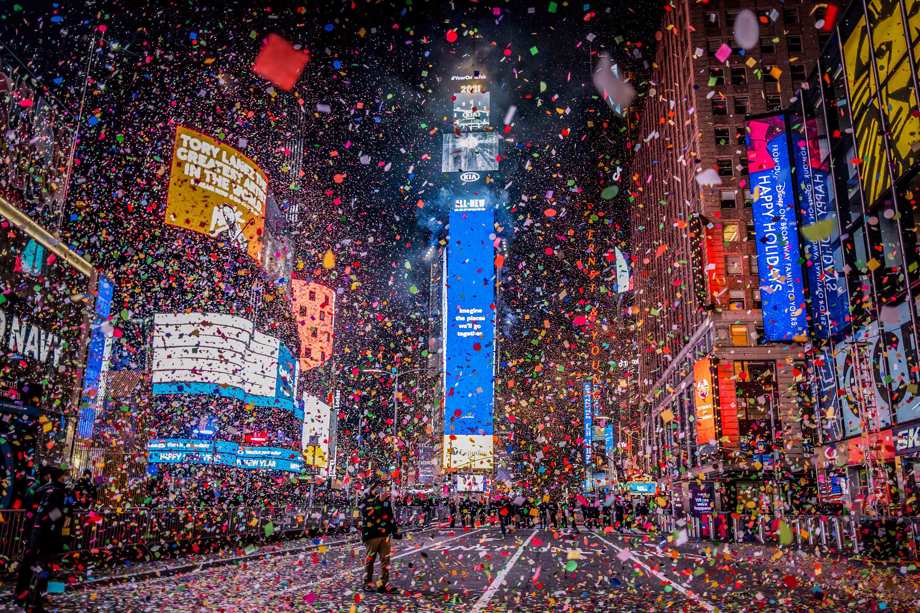 Is it free to watch the ball drop in Times Square

Is it free to watch the ball drop in Times Square

For many, there is nothing more impressive than New Year’s celebrations in the most emblematic place in New York: Times Square located right at the intersection of 42nd Street and Broadway with 7th Avenue. There, around 50,000 people are expected to enjoy the fall of the stupendous crystal ball in front of the huge screens installed throughout the site.

The next and long-awaited December 31 at 11:59 a.m. will start the countdown and the illuminated crystal ball will slide down the pole, while the attendees, and millions of viewers, will count down the last 60 seconds of 2022.

192 new crystals were installed in the sphere, which measures 3.6 meters in diameter and whose message this year will be “the gift of love”, represented by the designs of the new pieces that are composed of a circle of interlocking hearts.

This New York tradition of almost 120 years in Times Square dates back to 1904, when the then editor of The New York Times, Adolph Ochs, wanted to organize fireworks display on New Year’s Eve of that year on the roof of the brand new headquarters of the newspaper to mark the move of the outlet to its new offices in the plaza.

However, it was not until three years later that a ball, weighing 317 kilograms, with a diameter of one and a half meters and had a hundred attached white light bulbs, was used to accompany the celebration of the arrival of the new year.

Last year due to the COVID 19 pandemic, there were restrictions on the number of attendees, and it was also required that all people who attended the celebration be vaccinated. This requirement will not be requested on this occasion.

Something to keep in mind is that the event is completely free, and you do not need any type of ticket to enter. The event will start at 6:00 pm, but it is recommended to arrive at least a couple of hours before to find a good place, since obtaining a good point of view will depend on the arrival time.

To make it easy to understand, the streets have their sidewalks and lanes where cars usually circulate, and on this day, of course, everything is closed.

In the lanes they place fences and form them into rectangles, so that there is a limited number of people inside. Once the rectangle is full of people, they open another rectangle… and so on.

It is suggested to enter from Sixth or Eighth Avenue and keep in mind the blocks will be closed as they fill up to the north, street by street, as deemed necessary by the police.

From 6:00 pm and until minutes before 12:00 am, several artists will be performing, including the band Duran Duran, Ava Max, Jax, Chelsea Cutler, Osmani García and J-Hope, among others. At exactly 11:59 p.m. m. EST, the ball will make its descent to signal the beginning of 2023.

There are also several hotels from which you will be able to watch the event, although it must be considered that they are somewhat expensive. There are also New Year’s parties, the so-called New Years Parties, which include exclusive access to places with incredible views of the descent of the ball. For example, the one inside the Novotel hotel in Times Square. Tickets sell out fast, so don’t waste time.

For those who wish, they can enjoy the New Year’s celebration in Times Square from the comfort of their homes, by visiting their website www.timessquarenyc.org. The transmission will begin on December 31 at 6:00 p.m. EST, just when the great crystal sphere will be raised; afterwards, the host, Jonathan Bennett, will welcome the attendees and present the show of the Chinese-American Friendship Association.

The Planet Fitness dance group will also perform; then a toast will be held before giving way to shows by KT Tunstall, Ja Rule, Ashanti and Journey.

Different television networks will also be covering the welcome of 2023 from Times Square.

NBC will begin its broadcast at 10:30 p.m. EST and will have Miley Cyrus as the main celebrity along with Dolly Parton as co-host.

On CNN, the New Year’s show, with Times Square in the background, will be hosted by Andy Cohen and Anderson Cooper, while ABC will air Dick Clarck’s New Year’s Rockin’ Eve with Ryan Seacrest, Ciara, Liza Koshy, Billy Porter and Jessie James Decker. Both programs will start at 10:00 p.m. (local time)

Although rain is expected for the afternoon of December 31, it is prohibited for people to carry umbrellas. Keep in mind that, in addition, backpacks, large bags, folding or plastic chairs, picnic tablecloths, large coolers and alcoholic beverages cannot be introduced.