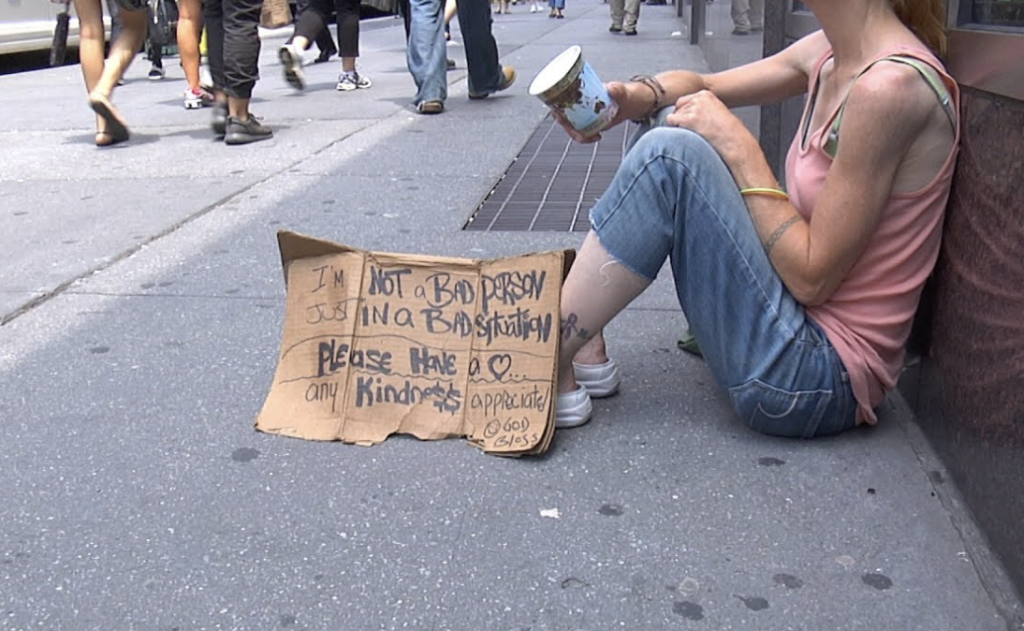 In NY, homeless people with mental illnesses will be hospitalized

In NY, homeless people with mental illnesses will be hospitalized

The New York authorities showed last Tuesday their determination to forcibly transfer to psychiatric centers people with “serious mental illnesses” who may pose a danger to others and to themselves or who are unable to provide for basic needs. to survive. To do this, they have just published a circular with the steps that medical personnel, firefighters and security agents must take when they meet a person who they consider to have these characteristics and who refuses to go voluntarily to a hospital center to determine if they need to receive medication or be hospitalized.

Homeless people with severe mental disorders may be committed against their will to psychiatric facilities in New York, Mayor Eric Adams announced Tuesday. The 11-point plan aims to solve “the current crisis of people with serious mental illnesses who are left without treatment and without shelter on the city’s streets and subways.” A controversial measure, which follows an initiative to clean up the New York subway undertaken by the mayor’s office in February with the aim of increasing the feeling of safety in the subway and improving its image.

So far this year, the Big Apple has experienced several events involving untreated mental patients, such as the homeless man who threw a woman onto the subway tracks in January, the MoMa assailant who evaded entry controls and stabbed several visitors or, finally, the shooting that left some twenty injured in a subway car in April, an event that shocked the city by jugularizing its main artery, the suburban. In parallel, the abundant media coverage of each and every one of the events has been substantiated in a growing criminalization of the homeless abandoned by the system, in a clear process of public stigmatization.

According to the document titled Rights of patients hospitalized in psychiatric facilities of the NT State office of mental health, an official publication of the health agency, the involuntary admission of a patient can be carried out only in one of these three cases : if two doctors certify that you need treatment (to be retained for up to 60 days, plus only with prior judicial authorization), by indication of the community social services or, in an emergency admission, “due to a high probability of causing harm to third parties or to yourself , so hospitalization [with a maximum retention] of up to 15 days is required.” Adams’ announcement does not pick up the third eventuality.

Mayor Adams has detailed his plan, a “compassionate vision” to address this crisis, beginning with an urgent directive to city agencies, from police to social services, and to all professionals involved in screening people. with signs of a psychiatric disorder so that they receive the care they need. To guarantee this “compassionate care”, specific training will be given to police officers and other workers who decide on forced internment, without the assistance of a judge or specialist. The mayor affirmed that New York has a “moral obligation” to face “a crisis that we see all around us”, through the involuntary hospitalization of individuals even if they do not pose an immediate risk to themselves or to others. This is the most controversial and sensitive point of the alderman’s plans.

Adams’ agenda targets loopholes in New York State Mental Hygiene Law, which he says multiply the challenges in meeting “the needs of its most vulnerable residents with severe mental illness.” The controversial councilor, a moderate Democrat but with a clear message of a strong hand in security issues and cuts in social spending -in public schools, for example-, has announced the deployment of new joint response clinical teams in the metro, that is, a reinforcement of those deployed in the great clean-up campaign that the city undertook at the end of February after the death, run over by the train, of the woman who was pushed onto the tracks by a man with a long history of untreated mental illness. Adams’s speech obviates the assumption of the potential to cause serious harm that is included in the formulary of the city’s mental health agency.

In this regard, the mayor has described this legal criterion as a “persistent myth”, namely, the existence of a “manifest act” that demonstrates that the person is violent, has suicidal tendencies or dangerous behavior that could cause imminent harm. “There is a common misconception that we cannot provide involuntary assistance [commitment] unless the person is violent,” Adams said. “We must end this myth. In the future, we will do everything we can to help those who are mentally ill and whose illness endangers them by preventing them from meeting their basic human needs.”