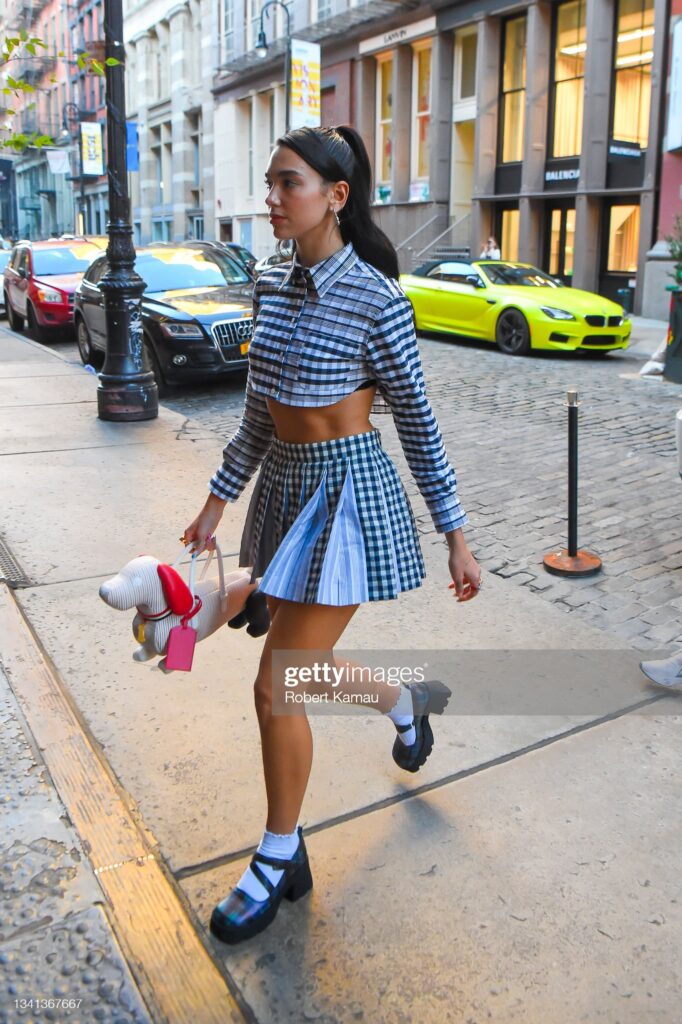 Just a few days ago, the media echoed the moment Dua Lipa and actor Arón Piper shared in a nightclub in Mexico, where they were surprised by an earthquake. It was not the first time that the singer and the Spanish actor were affectionately seen together, so the rumors about a possible romance grew as time went by. However, now the theory that both artists could be together is shaken. And it is that the British singer has been caught kissing with the actor Trevor Noah.

The interpreter, 27, and the actor and television presenter Trevor Noah, 38, have begun to spark rumors of a possible romance in the last few hours after a romantic date through the streets of New York. This is revealed by the Daily Mail, the second best-selling newspaper in the entire United Kingdom. The media has shared some photographs of both artists showing themselves to be the most complicit after having dinner together in a restaurant in the Big Apple.

Last Wednesday night, the author of hits like New Rules or One Kiss and the American comedian went to dinner at Miss Lily’s, a well-known Jamaican restaurant in the East Village of New York, sitting at one of the most cornered tables in the place and, on the subsequent walk through the city, they shared hugs and kisses. However, the medium also reveals that both said goodbye and went their separate ways at the end of the “date”.

The truth is that in the images shared by the aforementioned newspaper, Dua Lipa did not try to impress Trevor with one of her characteristic and sensual outfits, but preferred the comfort of jeans and a jacket. The young woman wanted to go unnoticed, although her emblematic loose black hair parted in the middle did not give rise to any confusion. As it seems, both would already have some confidence, since he did not try to dress up too much for the occasion either. Although for now there is no clue as to how this great friendship between the two could develop, it is known that the two artists coincided during the last Grammy Awards ceremony, which took place last April. That night, Trevor Noah was the presenter of the gala and Dua Lipa was with him on stage collecting several awards that were awarded to him, a moment that could be the starting point of a close relationship that could go beyond a friendship. In fact, after cutting definitively in December 2021 with Anwar Hadid, brother of Gigi and Bella Hadid, Dua Lipa has been seen in an affectionate attitude with several friends, such as the singer and actor Arón Piper, recognized for his appearances in Elite and The mess you leave. For his part, it is known that Trevor ended his relationship with actress Minka Kelly in May, so it would not be long before both of them would be seeing each other. At the moment, there is no confirmation from either party, nor any statements in this regard.

Dua Lipa also continues to set trends for her outfits, she enjoys the streets of SOHO in New York with a super casual look: loose jeans, a white shirt, a blue sweater and a blazer on top that reveals the layers of clothing.

Dua Lipa has signed up for Kim K’s favorite trend, the leggings-boots -successor to the previous ‘pantaboots’ or ‘pantaleggings’-. This characteristic footwear stands out for two factors: for achieving that desired optical sensation of ‘infinite legs’, and for being very sexy. Its avant-garde and modern aesthetic has already conquered the wardrobe of celebrities, and has completely colonized the streets of the Big Apple. So, if nothing else, these futuristic boots are worth a conversation. It was in the 50s when the designer Beth Levine introduced this hybrid in the minds of all fashion lovers, but it was not until last year’s MET Gala that they really caused a sensation. The guilty? Balenciaga, Kim Kardashian and a catsuit in the purest Catwoman style. Since then, these boots have become the ‘no more’ of the footwear industry, and have walked down catwalks and avenues alike. His last stellar appearance has been at the hands of Dua Lipa, who combined them with a look that combines all the trends that we will keep an eye on this fall. The outfit in question is made up of a structured and asymmetrical jacket, a green mini bag with a snake print, cycling glasses (alert, trend) and the high boots that now concern us. A style that could easily serve as a wardrobe for a modern Blade Runner -and somewhat dominatrix-, and that is most flattering. And it is that this shoe lengthens the legs like no other with its round toe, its stiletto heel and its extremely high cane; word of Dua Lipa.