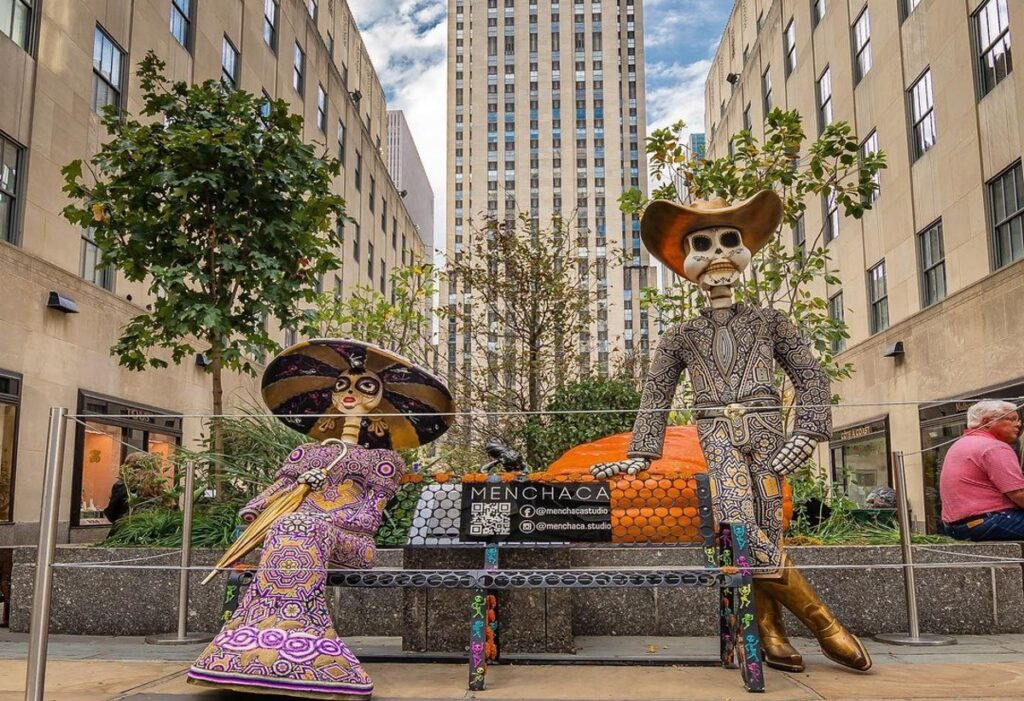 The first days of the month of November, in Mexico, the pantheons are covered with cempasúchil flowers and offerings are raised in homes to remember those who are no longer on this earth. This tradition is called Day of the Dead.

Mexicans pay tribute to loved ones who have already died, and to celebrate the transitory return of the dead to this world, they receive their souls with altars where offerings such as food, flowers, photographs or objects that their loved ones used to like are placed. ancestors.

There are currently 36.6 million people of Mexican origin living in the United States. This figure not only includes those who were born in Mexico and emigrated, but also those born in the United States who have Mexican ancestry. All of them still preserve their traditions, and that is why it is such an important celebration in this country.

In addition, this interesting tradition has spread thanks to its appearances in movies, such as Disney’s Coco (2017), which amazed Americans.

The Mexican Embassy in the United States also does a great job of spreading the tradition by organizing festivals, dead bread fairs, catrina displays, and cultural posters.

In New York City and for the second consecutive year, Mexico Week: Day of the Dead will be held at Rockefeller Center from October 27 to November 2 in celebration of Mexico’s heritage and culture.

This celebration of the Day of the Dead will incorporate traditional and modern art from important Mexican artists that will be on display for the delight of the public.

The Mexican community in the Big Apple is huge and that is why trying the traditional bread of the dead is something you cannot miss when visiting New York at this time.

The bread of the dead is perhaps the most important element in the traditional offering of the Day of the Dead. Every year, millions of people place the bread of the dead as an offering on their altars to honor and feed their ancestors, it is a gift that welcomes their dead to the world of the living on the nights of November 1 and 2.

These are some of the places where you can find this exquisite traditional sweet bread in New York:

Located at 61 Commerce St New York. Here you can enjoy from an exquisite bread of the dead stuffed with chocolate or ice cream.

With somewhat high prices, the traditional bread of the dead is around $40

It was founded by Francisco López, a baker from Puebla who emigrated to the United States.

Located in Brooklyn (308 Ellery St) it is dedicated to making bread and cakes and of course the pan de muertos is one of its specialties and it is also sold throughout the year.

In this place located at 4513 5th Ave Sunset Park, they sell traditional Mexican sweet bread and without a doubt the pan de muerto every October and November attracts the curiosity of many visitors.

El Mil Sabores is located at 695 9th Ave, and bakes all its breads at home every day. And although it is famous for its tacos, it is a highly recommended place to go buy bread for the dead. Their prices are also very reasonable.