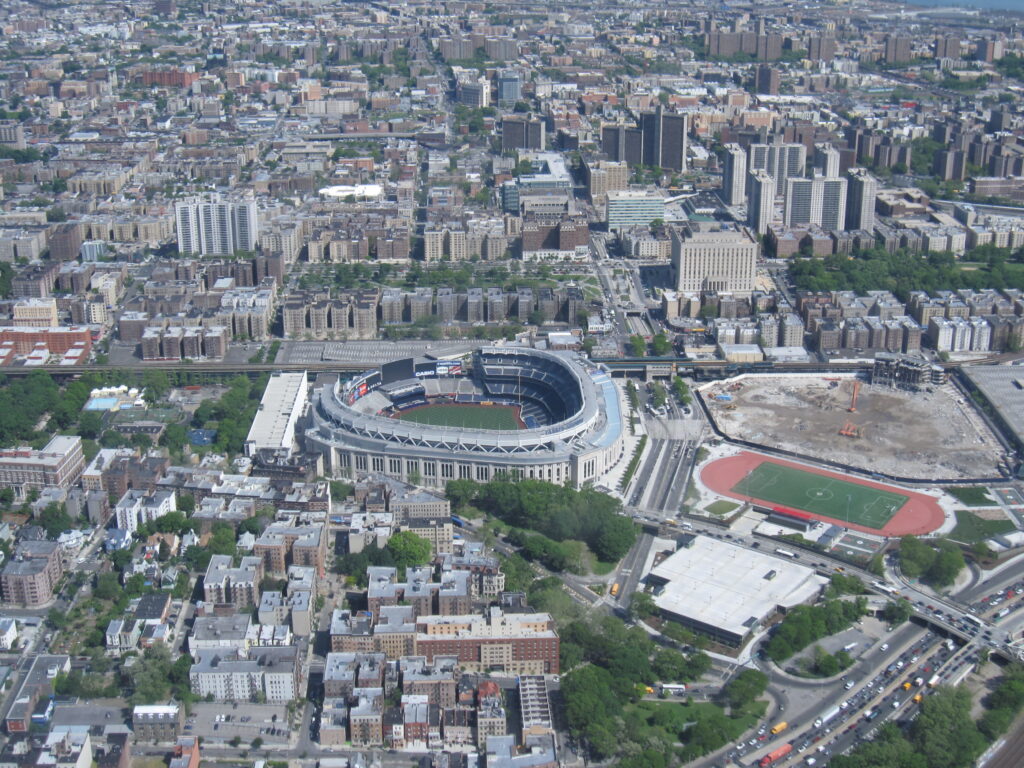 New York City encompasses five very important districts as “NY boroughs”: Bronx, Brooklyn, Manhattan, Queens and Staten Island. Each one of them has infinite interesting proposals to make and its own personality that differentiates it from one another.

Bronx, one of the five boroughs of New York City, southeastern New York, USA, coextensive with Bronx County, formed in 1912. The Bronx is the northernmost borough of the city. It is separated from Manhattan (to the south and west) by the narrow Harlem River and is further bordered by Westchester County (north), the Hudson River (west), the East River (south), and Long Island Sound (east). The Bronx, the only mainland borough, is connected to Manhattan by a dozen rail bridges and tunnels, and to Queens by the Robert F. Kennedy (formerly Triborough), Bronx-Whitestone, and Throgs Neck bridges. The site was called Keskeskeck by the Indians who sold it in 1639 to the Dutch West India Company. In 1641 Jonas Bronck, a Norseman, bought 500 acres (200 hectares). Soon after, religious dissidents and settlers from New England moved in, encroaching on Dutch territory. The district was part of Westchester County until 1898, when it was incorporated into New York City.

BRONX: It is the least known district for tourism but it has many real and interesting proposals to discover. There are places full of original art street and places that surprise those who are looking to get off the typical map of visits to NY and explore a new and different place.

The places to visit yes or yes in Bronx are:

2- Stroll through the largest and best Botanical Garden in New York and one of the largest in the United States. With 1km2 of surface, it has 48 different gardens, where the Enid Haupt Conservatory style wrought iron greenhouse, famous for tropical plants and cacti, stands out.

3- Bronx Zoo/Wildlife Conservation Park, is a New York City Zoo formally (until 1993) New York Zoological Park, is one of the best in the world with more than 5,000 animals of more than 700 species. When it opened in 1899, the 265-acre (107-hectare) wooded grounds in the northwestern area of ​​New York City’s northern borough of the Bronx included spacious enclosures for large herds. It is a place to visit yes or yes since it is historic and huge, it is also home to jungle animals and birds of prey. The cost of admission is: Adults USD 35 and children under 12 years USD 15. Near the place, there is the extensive New York Botanical Garden that has a famous greenhouse with tropical plants and cacti. Being in the Bronx, you shouldn’t miss the Wave Hill Public Garden, located next to the Hudson River, it has landscapes with wooden walkways and a cultural center.

The High Bridge is the oldest bridge in New York, it was originally an aqueduct bridge, which was also converted to a pedestrian bridge in 2015. With spectacular views and a welcome to the Bronx sign.

The High Bridge Water Tower is undergoing renovations; It is about 60m high and its internal spiral staircase is spectacular.

Entrance from the Bronx side is through 170th Street; It is right in front of Samaritan Village, across from a small park.

5- Tour and explore the graffiti-filled streets of the neighborhood where urban Hip Hop music was born. The “Grand Concourse” and the Bronx Museum of Arts. At Hostos University you can immerse yourself in the culture of the Bronx.

Englewood, is a city, in Bergen County, northeastern New Jersey, USA. It is located across the Hudson River from the Bronx, New York City. Founded in 1647 as part of Hackensack, it was separated for urban development as Englewood Township in 1871 and incorporated as a city in 1899. Englewood is primarily residential but has light manufacturing (leather goods, pharmaceuticals, foodstuffs and metal products). The Actors Fund Home for sick and retired actors was established there in the year 1928.

In 1951, the city’s telephone system became the first in the United States to offer direct dialing for long distance calls. The adjacent district of Englewood Cliffs (south) contains the headquarters of the Prentice-Hall publishing complex.