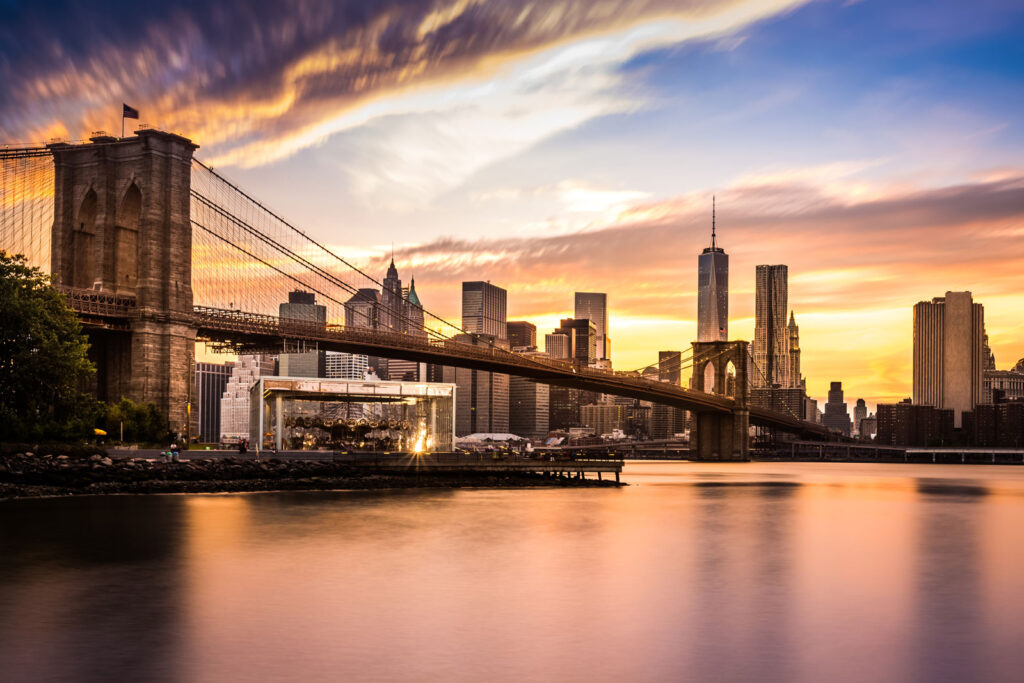 New York is an amazing city that takes anyone who visits it breathless. But from the heights, much more still. From viewpoints, skyscrapers, restaurants, terraces and even museums, you can take the best photos of the Big Apple.

Observing the city from above and from different points of view is undoubtedly one of the best things to do in the Big Apple.

Most of the city’s most popular observatories are located in Manhattan. This will allow you to get beautiful views of New York, the rivers that surround Manhattan and the most representative places in the city.

Some of the recommended ones are:

Top of the rock:

For many, it is one of the best viewpoints in New York. From this Manhattan skyscraper, you can see the iconic Empire State Building, one of New York’s iconic buildings. Top of the Rock offers one of the best places to view the New York skyline, especially at sunset when the city sky is bathed in shades of pink and purple.

There are three observation decks:

69th floor: Where you need to take the stairs from the 67th floor.

Floor 70 – The top floor. Where you need to take another ladder to get there. Here is the outdoor gazebo, and there are some seats to sit. The top floor is the least congested and has the best views.

Going up to the viewpoint costs 38 dollars for adults, and 32 dollars for children between 6 and 12 years old. Those who visit it at sunset must pay an additional 10 dollars.

Hours: open every day from 8 in the morning to midnight (the last elevator to go up is at 11 at night).

The main entrance is located on 50th St. between 5th & 6th Avenues.

Some tips for climbing to the Top of the Rock:

– Do not go up if there is bad weather, if it is going to rain or there is fog. The ticket can be changed for a later date and time.

– Typically, it gets more crowded during sunset and on weekends. Weekday mornings are less crowded.

– Bring something warm even on a hot day, because it can be windy and cold at the top. In the case of winter it can be very cold, so bring gloves, a scarf and a hat.

It is undoubtedly one of the most emblematic buildings in New York and in addition to offering the best views in Manhattan, it is a national symbol synonymous with human engineering and possibilities.

This Art Deco skyscraper is more than 90 years old and is 102 stories (381 meters) high. . There are currently three observation decks in the building, as well as several different ticket and tour options.

The 80th floor observatory is completely interior and has different exhibits and galleries about the history and legacy of the building. A few floors up, the main observatory is located on the 86th floor. It has indoor and outdoor areas so that it can be visited throughout the year. From here, you get stunning views of New York, including the East and Hudson rivers, the Statue of Liberty, and Central Park.

The 102nd floor observation deck is smaller and enclosed with floor-to-ceiling windows. Being one of the tallest buildings in New York, you can see up to 130 kilometers in the distance if the sky is clear. Unlike the other observatories in the building, this one is exclusive and requires an additional ticket.

Some tips for visiting the Empire State:

– A handheld audio tour is available recounting the history of the building and what is being viewed from the observation decks.

– The tour is available in 9 different languages, including English, Spanish, French, Italian, Dutch and Portuguese.

This skyscraper, also known as the Freedom Tower, opened in 2015 and has become one of the most iconic buildings in New York City. It is part of the World Trade Center building complex and at 540 meters high, it is the tallest building in New York and in the entire Western Hemisphere. Going up to the observation deck, which occupies three floors from floors 100 to 102, is an experience in itself.

Mirador Top of the rock